In this talk, Prof Stephenson examined some of the scientific evidence published in peer-reviewed papers, concentrating on fugitive emissions and groundwater contamination, and came to some conclusions about the environmental sustainability of shale gas and whether it has a place in modern energy. 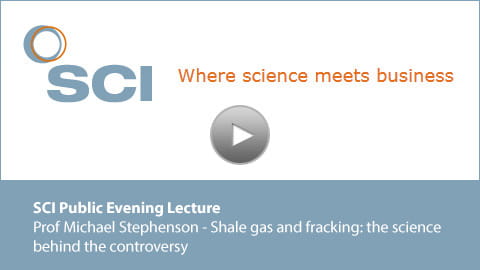 About the speaker
Mike Stephenson is Director of Science and Technology at the British Geological Survey. He began his career as a schoolteacher in rural Africa and stayed there for nearly ten years but returned to Britain to pursue research in the Middle East and Asia, including highlights in Oman, Jordan, Pakistan, Iran and Afghanistan. Mike has degrees from Imperial College and Sheffield University and runs the Science Programme at BGS, the UK's national geoscience and data centre, with 520 scientists and technologists. He has professorships at Nottingham and Leicester universities and has published over seventy peer-reviewed papers, while also acting on the editorial boards of several journals, and as Editor-in-Chief of an Elsevier geological journal. His new book 'Shale gas and fracking: the science behind the controversy' (Elsevier) was published in February 2015.