The contribution of ICI to UK society was noted by Viscount Stephen Benn and colleagues in the House of Commons on the 90th anniversary of the company's founding. The panel debate on the UK's industrial strategy hosted by SCI, which included an exhibition celebrating ICI's history of innovation, was also recognised. The comments on both ICI and SCI were included in Hansard, the parliamentary record, and the full text is included below. A review of the event can be found here. 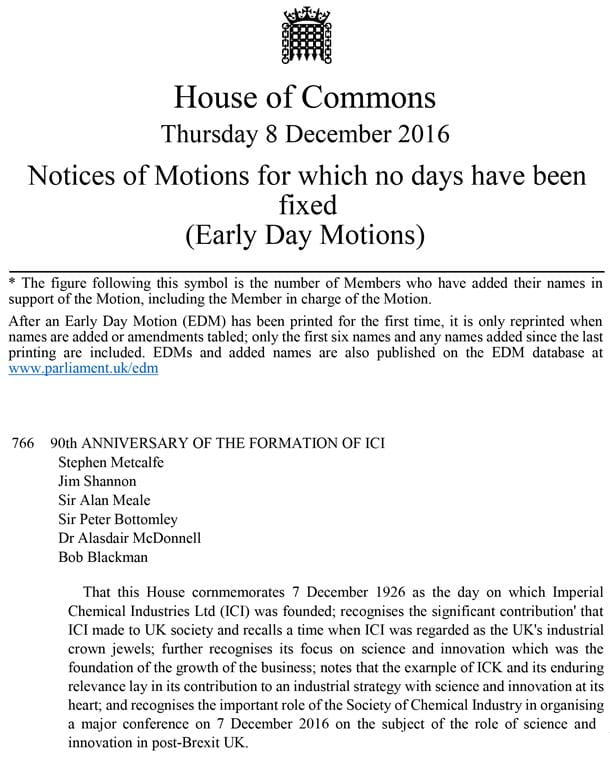