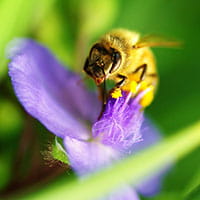 On Wednesday 10 February 2016, SCI’s Public Evening Lecture will enter the debate over the use of neonicotinoids by farmers to support sustainable faring. The lecture will be delivered by Mr Guy Smith, Vice President of the National Farming Union (NFU). In his talk, Mr Smith, will argue the need for analysis based on good science that balances both the needs of UK farmers and the needs of the wildlife that uses their crops as habitat.

Neonicotinoids: Damaging the environment?
Neonicotinoids are a class of neuro-active insecticides that are chemically similar to nicotine. In the late 1990s neonicotinoids came under increasing scrutiny over their environmental impacts. Neonicotinoid use was linked in a range of studies to adverse ecological effects; significant reductions in bee colonies and the resultant loss of birds. In 2013, the European Union and a few non EU countries restricted the use of certain neonicotinoids. More recently the UK government, via The National Pollinator Strategy, has called for a refocus to deliver a precautionary, hazard-based approach to pesticide use to help protect bees.

Call for Evidence Based Action
The NFU believes that farmers need to continue to focus on evidence-based actions that will deliver real benefits for bees, particularly to provide more of the food and habitat they need and not be drawn into promoting ineffective approaches, regardless of their apparent popularity.

Sustainable Farming
Mr Smith states: ‘Farmers will always have some impact on the environments they work in be it good, bad or indifferent. The key point is understanding the nature of the impact and to manage it accordingly. While outcomes are not always clear, what is clear is that one way to minimise the impact of UK agriculture is to shut it down and import our food needs from abroad where environmental standards are worse. I would argue that isn't sustainable’.

My Guy Smith
Currently Vice President of the National Farmers Union, Mr Smith served for eight years on NFU Council as the Essex delegate. Other NFU positions include four years as a member of the Governance Board and six years as Chair of the NFU Communications Group.

Guy is also a Trustee of FACE (Farming and Countryside Education) and a past Chairman of the Landskills New Entrants Committee. He has also recently served on the Board of the HGCA (Home Grown Cereals Authority), retiring in March 2014.

Guy is a Fellow of the Royal Agricultural Society and recipient of an Honorary Doctorate for services to Agriculture from Essex University.

My Guy Smith farms a mixed and diversified family farm in north-east Essex.