Who’s who in the January cabinet reshuffle

Yesterday marked Prime Minister Theresa May’s first cabinet reshuffle since the general election in June last year. Here is our who’s who guide on the new cabinet members and ministers that will be directly involved in the UK’s innovation.

Secretary of State for Business, Energy and Industrial Strategy
Greg Clark
Clark remains in this position since his appointment in 2016, moving from his year-long role as Communities Secretary. From 2014 to 2015, Clark served as Universities and Science Minister. As part of his role, Clark is responsible for the success of the Industrial Strategy.
Formerly: No change

Minister of State & Minister for Energy and Clean Growth
Claire Perry
Perry was appointed to the role 2017 and serves as the government co-chair of the Chemistry Growth Partnership.
Formerly: No change 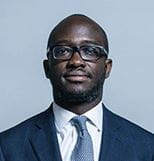 Minister for Higher Education
Sam Gyimah
This is a new ministerial role that spans both BEIS and the Department of Education. A full outline for Gyimah’s position is set for release but is thought to oversee Jo Johnson’s previous responsibilities.
Formerly: Jo Johnson – previously known as Minister for Universities, Science, Research and Innovation

Secretary of State for Environment, Food and Rural Affairs
Michael Gove
Gove is relatively new to his role as Environment Secretary, having only been appointed after the last general election. In recent years, he has been Justice Secretary and Lord Chancellor. He is currently working on the government’s 25-year Environment Plan, set for release on 11 January 2018.
Formerly: No change

Minister of State for Agriculture, Fisheries and Food
George Eustice
Eustice was appointed to the role by David Cameron in 2013, and is responsible for science and innovation in food, farming and fisheries.
Formerly: No change

Department of Health and Social Care

Secretary of State for Health and Social Care
Jeremy Hunt
Hunt has been Health Secretary since 2012, remaining in cabinet over the transition period between David Cameron and Theresa May. Previously, Hunt has served as Culture Secretary and Shadow Minister for Disabled People.
Previously the Department of Health, the cabinet reshuffle saw Hunt add social care to his portfolio of duties, which was previously the responsibility of local councils.
Formerly: No change

Ministers of State at Department of Health and Social Care
Stephen Barclay and Caroline Dineage
Formerly: Philip Dunne – previously known as Minister of State for Health

Secretary of State for Transport
Chris Grayling
Having served as Transport Secretary since 2016, Grayling was tipped to become First Secretary of State until Brandon Lewis became Minister without Portfolio and Conservative Party Chair, effectively filling the role. Grayling previously worked as Lord President of the Council and Leader of the House of Commons, and Justice Secretary.
Formerly: No change

Minister of State
Jo Johnson
Johnson also became Minister for London during the reshuffle. The responsibilities of both roles are yet to be disclosed.
Formerly: John Hayes