What does the future of renewable energy look like?

On Wednesday 22 May 2019, Professor Lesley Yellowlees, formerly of the University of Edinburgh and past RSC President visited SCI HQ to give her Public Evening Lecture on ‘Our Future in Renewable Energy’.
Georgina Hines

‘What energy have you used today?’ asked Professor Yellowlees at the start of her lecture. Using transport, a hot shower, a kitchen appliance to make some food and, of course, your phone, are just a few of the main daily habits we have that require energy.
Currently, worldwide, 81.1% of energy comes from non-renewable sources; oil (32.4%), coal (27.3%) and natural gas (21.4%).

Global energy use is being predominantly driven up by non-OECD countries, such as China, Russia and India, where the economy and industry has started to flourish. 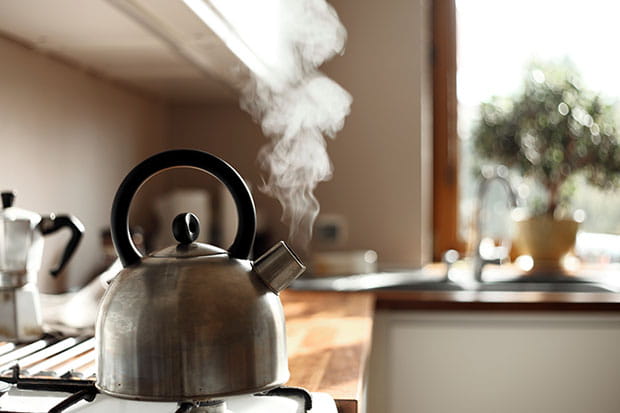 And still, there are an estimated 1.6bn individuals who have no access to electricity – a staggering one-seventh of the global population. This makes the argument for reducing our energy use less binary than presumed at a quick glance at this data, said Professor Yellowlees.

‘We have a wonderful lifestyle, do we not?’ she said. ‘We use energy without stopping to think about it. But many parts of the world do not have access to [this energy supply] and who are we to deny them access to energy?’

Unfortunately, the world has used many of the easily attainable non-renewable resources and the world is turning towards controversial, ‘extreme’ fossil fuels such as Arctic and deep-sea drilling, and fracking to meet its needs.

So, how do we ensure that everyone is able to enjoy this lifestyle without exacerbating the effects of the climate breakdown? 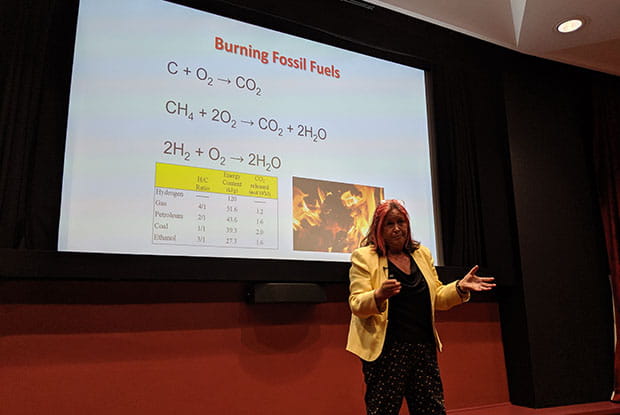 Unlike other renewables there is an unlimited supply of solar energy, with the Sun producing 120,00TW of power annually compared to the global energy consumption of 15TW – just one hour of direct solar power will meet this need.

While solar power may be more efficient than other renewables, the silicon and thin-film cells that dominate the current market remain are expensive as sunlight has a low energy density that means not much of the sunlight that reached solar cells is converted into electricity.

Professor Yellowlees highlighted two types of solar cells: pn-junction solar cells, which act as semiconductors (silicon, CdTe or GaAs) and harvest light by excitation across a bandgap; and dye-sensitised solar cells, where a dye molecule (a metal complex organic chromophore or polymer) absorbs light, which is then converted into power by other components in the cell.

The UK now has over 1,000 live solar farms – the largest of which is in Perthshire, Scotland, which has 55,000 panels and can supply 3,500 homes with electricity. Of course, the UK is limited in land, while larger nations like China, Japan and the US lead the world in the number of solar installations.

The future is bright

The UK’s use of solar power and other renewables, such as nuclear power and biomass, meant that in May 2019 Great Britain went one week without coal power for the first time since 1882 – over 135 years ago. However, the power grid relied heavily on natural gas to achieve this which means there is further work to do, says Professor Yellowlees.

Professor Yellowlees finished her lecture with one final question: ‘How can we make this revolution really happen so that we leave this world as a great place for our descendants to come?