Innovation in Alzheimer’s disease: what’s next?

In recent years, novel innovation in healthcare and pharmaceuticals have hit the headlines with increasing regularity. Each story promises a better quality of life for patients and a product that will ‘revolutionise’ healthcare as we know it. However, many of these innovations fail to materialise due to the complexity of the system. Problems with regulation, intellectual property agreements, and manufacturing are just some of the many issues that industry faces when integrating a new product into hospitals and treatment centres.

So, do we need rethink our expectations of innovation? Speaking at New Scientist Live in September, Stephen Dorrell, Chair of NHS Confederation and a former Health Secretary, said that as an innate characteristic of humans, innovation will not stop. However, we should be more concerned about the difficulty of making good innovation available everywhere and rethinking what we consider the most efficient way of treating patients, he said.

As the most common type of dementia – affecting one in six over the age of 80 – Alzheimer’s disease needs good innovation. With no known cure, current efforts rely heavily on having a care plan once symptoms appear and medications can only slightly improve symptoms for a time as well as slow down the progression of the disease. 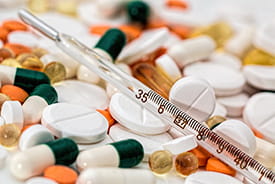 The Alzheimer’s research community are well versed in the known causes of the disease, with amyloid plaques and tau tangles the most widely accepted causes of the neurodegeneration that leads to Alzheimer’s. As a result, the majority of research and investment in the field is centred around this theory.

Neuro-Bio is a biotechnology start-up that is taking a different approach to making medicines for Alzheimer’s patients. The company is focused on a ‘previously unidentified mechanism’ of the disease that is linked to the development stages of the brain and cell death, and is working on new drug candidates that can stop the peptide involved in this mechanism from functioning improperly in adults.

After a series of setbacks in Alzheimer’s drug development, Prof Margaret Esiri, a neuropathologist at the Nuffield Department of Clinical Sciences, Oxford, said: ‘Neuro-Bio's approach to the problem of Alzheimer's disease is novel and scientifically well-founded. It is a good example of the new thinking that is urgently needed in this field’.

However, with an uncertainty for future success in Alzheimer’s pharmaceuticals, researchers interested in the genetic make-up of neurodegenerative diseases are focusing on how early diagnosis can be beneficial to patients.

According to UCL geneticist John Hardy, a loss in brain matter and amyloid build-up begins 15 to 20 years before symptoms start to appear, highlighting the need for preventative measures. This need is not consistent with what is currently available to patients in the UK however, as to qualify for a clinical trial, patients must be in the advanced stages of Alzheimer’s – often exhibiting severe symptoms that can, quite drastically, negatively affect quality of life for the individual. 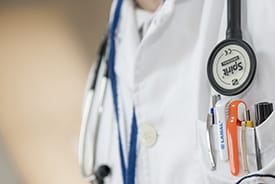 Scientists at Case Western Reserve University, Ohio, US, may have solved this issue of early diagnosis after developing a machine learning program that outperforms other methods for diagnosing Alzheimer’s disease. The program integrates known disease indicators and symptoms to predict the likelihood of Alzheimer’s onset. Multiple stage comparisons, which includes associated symptoms that are not always present in Alzheimer’s, allow the program to make a more accurate prediction of who is most vulnerable.

Development of such programs could help initiatives such as the 100,000 Genomes Project which aims to provide the NHS with a new genomic medicine service that can offer better diagnosis and more personalised treatments.

The evolving market of Alzheimer’s pharmaceuticals will be discussed by Baroness Susan Greenfield at her upcoming ‘The 21st Century mind: Blowing it, expanding it, losing it’ lecture, as well as how modern technology is shaping the development of the human brain.

The event will be held on Wednesday 20 February 2018 at SCI’s London offices (14/15 Belgrave Square, London SW1X 8PS) as part of our series of Public Evening Lectures. Registration will open soon.