The second annual Huxley Summit, run by the British Science Association, aimed to explore The will of the people? Science and innovation in a post-truth world. The leadership event invites delegates from political, academic, and corporate backgrounds to debate key scientific themes that present social challenges for the 21st Century.

A running debate throughout the day was the use of big data and the rise of artificial intelligence, with a panel of experts ready to discuss the problems of the present and the immediate future.

Big data is a topic that the public engages with every day, sometimes without knowing it. Each time you buy some new shoes, even book an appointment at the GP online, you are sharing data.

Banks can now reportedly predict when a couple is about to get divorced, based on how much a husband lowers his wife’s credit limit in the months leading to the split, said Pippa Malmgren, founder of H Robotics.

While a funny anecdote, facts like this are part of ongoing concerns over the ethics of data use. Should artificial intelligence be programmed to find facts like these if a person isn’t willing for their data to be used in this way?

The lack of regulation of big data and understanding in the importance of our personal information that means data can sometimes be misused. ‘PayPal's data agreement is 36,000 words. All of Hamlet is 30,000. So the quick click we do to accept T&C’s makes all of us liars,’ said Richard Thomas, who was the UK’s first Information Commissioner, from 2002-09.

There are arguments that we are too late in the game when implementing data regulations, said the panel. After years of sharing data, it is only now, after several major controversies, that the government is seriously considering penalties for companies that do not inform customers about data breaches. 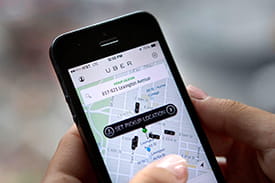 Uber’s recent infamous coverup and the security breach of all 3 billion Yahoo accounts are just two well-known examples. Companies should no doubt be responsible for informing their customers when they have been hacked, agreed the panel, but are they liable for the breach itself? These are the questions that need to be explored immediately, said Chi Onwurah, Shadow Science Minister.

So, ‘how do we deal with the politics of data?’ said Azeem Azhar, a strategist and analyst known for his technology newsletter Exponential View. ‘And how do we make sure that these automated systems facilitate to build a world that we want from the data we’ve given it, not merely reinforce the world that we have?’

One of the great advantages of data sharing will be in healthcare, said Azhar. It has been reported that the average human body contains nearly 150tr GB of information – the equivalent of 75bn 16GB iPads.

With greater access to this huge data resource, healthcare experts could develop systems that can accurately predict the occurrence of disease and revolutionise treatments for patients. The NHS already has a running data management hub – a collaborate effort funded by the National Institute for Health Research, among others – that researchers and staff use to access secure data for R&D.

While a costly and time-consuming task today, it is these breakthroughs that will make the difference in the societies of the future.