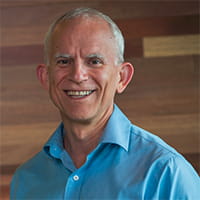 This honor recognizes Trefonas’ contributions in the development of chemicals that enable microlithography for the fabrication of microelectronic circuits. His outstanding work in the creation of polymer photoresists used in the lithographic process, especially the development of antireflective coatings, enables patterning of smaller features, fitting more circuits in the same area. These advances in miniaturization enable the faster microprocessors and multitude of new electronic devices that are such a large part of daily life.

Trefonas will receive the medal at a dinner in his honor on Tuesday, September 13, 2016, at the Hilton Penn’s Landing Hotel in Philadelphia.

“Discovery, innovation, and achievement have defined the career of Dr. Trefonas,” said Fred Festa, chairman and chief executive officer of W.R. Grace & Co., and Chair of SCI America. “SCI is pleased to recognize his remarkable success in our industry, his contributions to science, and his impact on the quality of our lives.”

“It is hard to imagine life without the smart devices we use, devices we upgrade frequently as technology improves. Peter’s advances in materials used in lithography make them possible, enabling circuit designs that are smaller and faster. Peter has been a driving force in our Electronic Materials business for decades, developing innovative technology, mentoring others and driving the organization to a high level of performance,” says A.N. Sreeram, Dow senior vice president and chief technology officer. “Peter’s selection as the recipient of the Society of Chemical Industry’s Perkin Medal is a fitting recognition of his innovative work.”

About Peter Trefonas
Peter Trefonas, Ph.D., is a Corporate Fellow in The Dow Chemical Company, where he works within the Dow Electronic Materials Business Group.

Trefonas made major contributions to the development of many successful products which are used in the production of integrated circuits spanning multiple device design generations, from 2 micron to 14 nm node technologies. These include photoresists, antireflectant coatings, underlayers, developers, ancillary products, and environmentally safer green products. These electronic materials have had a high commercial impact, and have helped to facilitate the progress of the Information Age.

He is an inventor on 61 US patents, has over 25 additional published active U.S. patent applications, is an author of 99 journal and technical publications, and is a recent recipient of both the 2014 ACS Heroes of Chemistry Award and the 2014 SPIE Willson Award.

His research career began at Monsanto Electronics Materials Company. He then co-founded a start-up company called Aspect Systems Inc., which acquired lithographic chemicals technology spun off from Monsanto. He continued in electronic materials R&D as his career moved via acquisitions by Shipley Company, Rohm and Haas Company, and Dow. Prior to graduate school, Trefonas was also the creator of several commercial computer games which were popular on early microcomputer platforms.

About the Society of Chemical Industry (SCI) Perkin Medal
The annual award is recognized as the highest honor given for outstanding work in applied chemistry in the United States. It commemorates the discovery of the first synthetic dye (the so-called Perkin mauve) by Sir William Henry Perkin in 1856. This discovery was a significant step forward in organic chemistry that led to the birth of a major segment of the chemical industry. The SCI Perkin Medal was first awarded to Sir William at a banquet held by the SCI in New York in 1906. Since then, more than 100 such awards have been given to notable scientists.

About the Society of Chemical Industry (SCI)
SCI America Group, launched in 1894, is part of the Society of Chemical Industry’s international organization. It provides a unique networking forum for chemical industry leaders, industrial scientists and technologists to exchange new business ideas and best practices. It celebrates achievement to promote public awareness of the contributions of industrial chemistry and inspire students to enter technical careers. SCI America events are managed by the Chemical Heritage Foundation (CHF).

The Perkin Medal award dinner will be the final event of Innovation Day, a full day of research collaboration in the molecular sciences held at CHF on September 13, 2016.

About the Chemical Heritage Foundation
CHF fosters dialogue on science and technology in society. Our staff and fellows study the past in order to understand the present and inform the future. We focus on matter and materials and their effects on our modern world in territory ranging from the physical sciences and industries, through the chemical sciences and engineering, to the life sciences and technologies. We collect, preserve, and exhibit historical artifacts; engage communities of scientists and engineers; and tell the stories of the people behind breakthroughs and innovations.

About Dow
Dow (NYSE: DOW) combines the power of science and technology to passionately innovate what is essential to human progress. The Company is driving innovations that extract value from material, polymer, chemical and biological science to help address many of the world's most challenging problems such as the need for clean water, clean energy generation and conservation, and increasing agricultural productivity. Dow's integrated, market-driven, industry-leading portfolio of specialty chemical, advanced materials, agrosciences and plastics businesses delivers a broad range of technology-based products and solutions to customers in approximately 180 countries and in high-growth sectors such as packaging, electronics, water, coatings and agriculture. In 2015, Dow had annual sales of nearly $49 billion and employed approximately 49,500 people worldwide. The Company's more than 6,000 product families are manufactured at 179 sites in 35 countries across the globe. References to "Dow" or the "Company" mean The Dow Chemical Company and its consolidated subsidiaries unless otherwise expressly noted. More information about Dow can be found at www.dow.com.