The Caves are a 22-mile-long series of tunnels carved in the hills under Chislehurst. Much of their long history is clouded in mystery.

In 1903, an eccentric antiquarian, Dr William Nicholls, published two papers where he declared that one set of caves had been dug by the Saxons, another by the Romans and that the third set had been excavated by the Druids. Although there is no evidence that they were used by the Druids, it is possible that they were first worked as a chalk mine in Roman times, which continued right up to the end of the 19th Century. The chalk was used in lime burning and brick-making and roads for the building of London, also for flints for the tinderboxes and flintlock guns of years ago.

In the First World War, the caves were used by Woolwich Arsenal to store high explosives. Boxes of TNT and Picric Acid could be taken underground by small trains on narrow gauge track pulled by battery powered trains.
Between the Wars the caves were used for mushroom growing. In the Second World War the caves were a safe refuge from Hitler's bombing campaign and they became one of the largest underground air-raid shelters in the country with over 14,000 Londoners a night sheltering from the blitz.

Also see remains of a rock (literally) stage and bar used when Jimi Hendrix, The Who, the Yardbirds, the Stones and many others played subterranean gigs here and the caves were used in several episodes of Doctor Who.

The SCI-RSC visit will begin with a 90 minute guided tour of the caves - followed by a buffet dinner in the Caves Restaurant.
This is a walking tour, The caves floor is uneven in places. So wear good walking shoes. The temperature in the caves is a constant 10°C - dress warmly.
The tour may not be suitable for those of a very nervous disposition or with an acute fear of darkness.

Tickets cost £20 for SCI/RSC Members and their guests.

Please note that RSC members who are not also SCI members will first need to sign in/register with an SCI Guest Account to be able to register themselves and accompanying guests for this event.

Become an SCI Member and save on this and future events

Sign up as an Event Member to join this event. SCI Full or Student Members receive discounts on event registrations

An exhibition will take place alongside the conference for companies and related organisations who may wish to exhibit. Please email conferences@soci.org for further information and prices. Spaces are limited and will be allocated on a first-come, first-served basis.

Climate change and agriculture: all you need to know in a day

The First Prize Medal for Science: the Origin of the Royal Society's Copley Medal

You May Find This Interesting 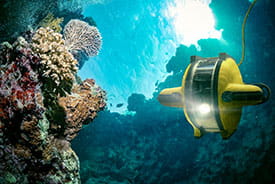