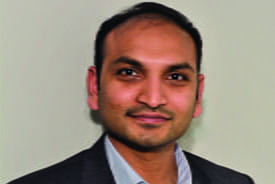 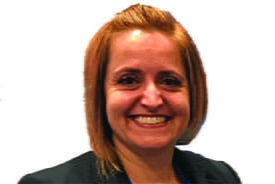 Nathalie Huther, senior director of business development Europe at UK CDMO Arcinova, has been named a 2020 Northern Powerhouse Export Champion by the UK Department for International Trade (DIT). Huther has been recognised for her contribution to Arcinova’s success in exporting pharmaceutical development services overseas. The company now has over 80% of sales outside the UK, exporting to 20 countries, including Australia, Israel and South Korea. 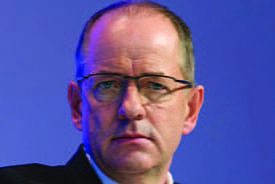 Sir Andrew Witty is taking leave of absence from United Health Group, where he is president, to co-lead the World Health Organization (WHO) to accelerate the development of a COVID-19 vaccine. He is expected to return to United Health by the end of 2020.

Lisa von Moltke, former acting senior VP and head of clinical development at US global biotechnology company Alkermes, has moved to Seres Therapeutics as CMO. The Boston-headquartered biotechnology company Seres focuses on drugs to treat infectious, metabolic, and inflammatory diseases by targeting the underlying biology of the human microbiome.

US biotechnology company Aravive Biologics has promoted its CSO Gail McIntyre to CEO. She replaces Rekha Hemrajani who has resigned from the role and as a director of the board. In addition, Aravive has appointed Fred Eshelman to chairman.

The American Cleaning Institute (ACI), based in Washington DC, which represents the US cleaning products industry, has appointed Kristin DiNicolantonio to the new role of director, stakeholder communications. DiNicolantonio joins ACI from the International Life Sciences Institute.

US biotechnology company Bolt Biotherapeutics, based in the San Francisco Bay Area, has appointed Edith Perez as CMO. Perez joins the immune-oncology focused company from Genentech where she was VP and head of the biooncology US medical affairs unit.

UK-based technology innovation centre CPI, a member of the UK government’s High Value Manufacturing Catapult, has appointed chartered engineer and COO Frank Millar as CEO. He succeeds Nigel Perry, who will join the CPI board as a non-executive director from 2021.

US biotechnology company Five Prime Therapeutics, which focuses on protein-based drugs, has appointed Thomas Civik as president and CEO and a member of the board. Civik, who joins the company from Foundation Medicine where he served as CCO, replaces interim CEO William Ringo, who will continue as chairman.

UK immuno-oncology company Immodulon, headquartered in London, has appointed Cellia K. Habita as CMO. Habita has over 25 years’ experience in clinical research and drug development. She joins the company from US-based Arianne Clinical Research, where she was president and CEO.

Switzerland-based Polyneuron Pharmaceuticals has appointed Debra Barker as CMO. Barker joins the company from another Swiss biopharmaceutical company Polyphor, where she was CMO.

Speciality chemicals company Lanxess has appointed Marcel Beermann to lead the procurement and logistics group. He succeeds Frederique van Baarle, who will become head of the high-performance materials business. Beermann is currently head of marketing and sales for high-performance plastics in Europe, the Middle East and Africa at Lanxess.

Wolfgang Oster co-founder and CEO of US pharmaceuticals company Oncoceutics has left the company as part of a leadership change. The company’s COO Lee Schalop has been appointed as CEO. Oster also steps down as chairman and will be replaced by Raymond Wong. Josh Allen, the company’s senior VP-R&D, becomes the company’s CSO.

The European health cluster Medicen Paris Region, which brings together over 475 clinicians, industrialists and academics working in diagnostic and therapeutic solutions, has appointed Jessica Leygues as CEO. Leygues will reassess the cluster’s priorities in light of the Covid-19 crisis. She will be responsible for implementing crisis exit strategies for cluster members and the health sector.

Global generics company Mylan has appointed current chairman and former CEO Robert J. Coury to executive chairman as the company works through the final stages of the merger with Pfizer’s Upjohn unit and responds to the coronavirus pandemic. Coury’s new role will carry over to the merged company, to be called Viatris.

US biopharmaceutical company Silverback Therapeutics, located in Seattle, Washington, has appointed Laura Shawver as president, CEO and director. Shawver, who joins the company from Synthorx, has over 25 years’ experience in the biotechnology sector as a leading scientist. The company focuses on therapeutics for oncology, virology and fibrosis.

US biotechnology company Vertex Pharmaceuticals, which focuses on drug development for cystic fibrosis, has appointed its CMO Reshma Kewalramani as CEO. She replaces Jeffrey Leiden, who becomes executive chairman for the Boston headquartered company. 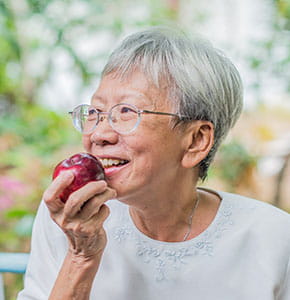