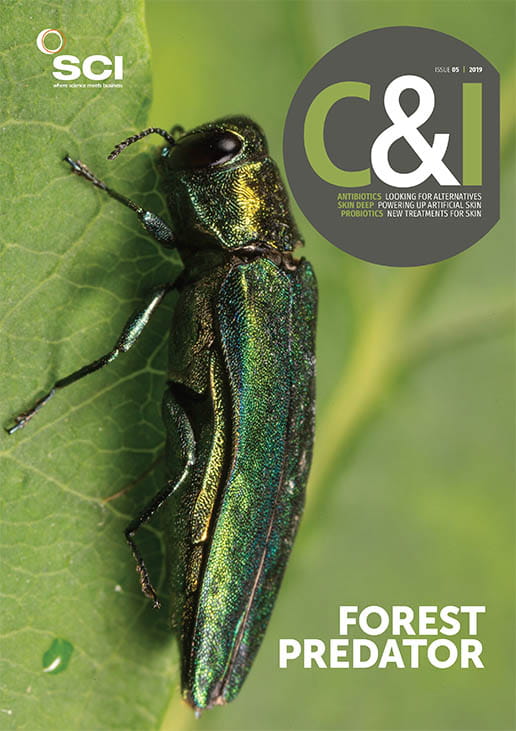 US researchers sent wristbands that absorb chemicals from the air and skin to over 200 people on three continents. The same 14 chemicals – mainly endocrine-disrupting chemicals (EDCs) – were detected in more than half of the wristbands.

Although people are exposed to complex chemical mixtures, toxicological and epidemiological studies often focus on one chemical or chemical class. To better understand the link between real-world chemical exposure and health effects, Kim Anderson’s team at Oregon State University developed wristband samplers made from silicone polymers to capture exposures from multiple chemical classes (J. Exposure Sci. Environ.l Epidem., 2017, 27, 551). Volatile and semi-volatile organic compounds in the environment diffuse into the lipophilic membrane of the polymers, reflecting the bioavailable fraction of chemical exposure.

Anderson points out that most of the 14 common chemicals aren’t heavily studied. ‘Some of these are not on our radar, yet they represent an enormous exposure. If we want to understand the impact of chemical exposures, this was very enlightening.’ Because the wristbands don’t measure chemical levels, the study cannot indicate any health risks. But they are an excellent screening tool for population exposures to organic chemicals, says Anderson.

The researchers detected 13 potential EDCs in more than half of all the wristbands. Other notable findings include US children – 11 years old or younger – had the highest percentage of flame-retardant detections, compared with all other participants. Flame retardants were not detected in any wristbands in Africa, possibly reflecting a difference in flammability protection standards, compared with the US and South America.

One important finding of this study is that some chemicals are ubiquitous in the environment, whereas others are more specific to a geographical location, comments Pierre-Alexandre Vidi of the Wake Forest School of Medicine in North Carolina. ‘It will be interesting to expand the concept of this study to other regions of the world. Indeed, human diseases linked to environmental exposures – such as cancers – have different prevalence in different countries. Yet, it is difficult to disentangle environmental exposures from genetic predispositions and lifestyles. I expect that future global analyses of the human exposome [all human environmental exposures] with wristbands or other wearable devices, combined with assessments of disease biomarkers, will help define the impact of specific chemicals on human health.’