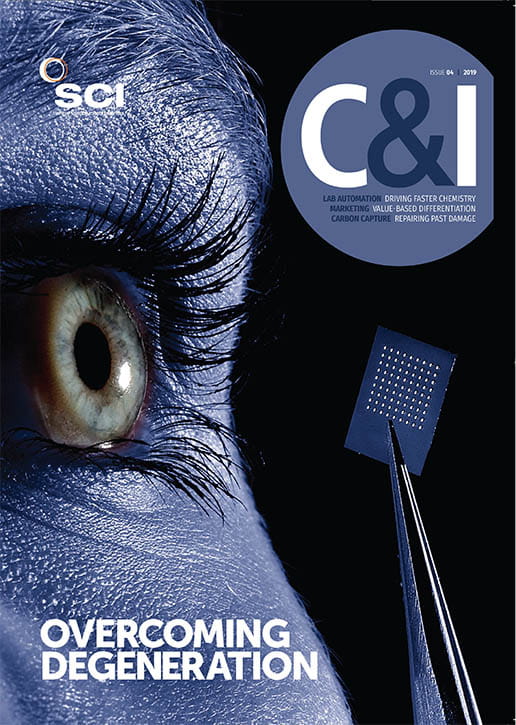 Transparent wood could be the construction material of choice for eco-friendly houses of the future, after researchers have now created an even more energy efficient version that not only transmits light but also absorbs and releases heat, potentially saving on energy bills.

The researchers, at KTH Royal Institute of Technology in Stockholm, first described their transparent wood – made by removing light-absorbing lignin from wood – back in 2016. At the ACS meeting in Orlando in April 2019, they reported going a step further by adding the polymer polyethylene glycol (PEG) to the formulation.

‘In Stockholm, there’s a really old ship called Vasa, and the scientists used PEG to stabilise the wood,’ said KTH researcher Céline Montanari. ‘So we knew PEG can go really deep into the wood cells.’ The same polymer was also used to help conserve the UK’s Tudor warship Mary Rose.

The property of PEG that attracted the group to use it for the transparent wood application, however, is its ability to store and release heat, she explained. Known as a phase change material, PEG is a solid that melts at 80°F – storing energy in the process. This process reverses at night when the PEG re-solidifies, turning the window glass opaque and releasing heat to maintain a constant temperature in the house.

The windows could be adapted for different climates by simply tailoring the molecular weight of the PEG, to raise or lower its melting temperature depending on the location. In principle, a whole house could be made from the wooden window glass, Montanari said. ‘If you take 100g of this transparent wood material with the PEG, it can absorb up to 8000J of heat, which is roughly what a 1W [light bulb] would produce in 2 hours. The more you use of it the better the energy savings.’

As well as being much safer than glass, transparent wood is more environmentally friendly than plastic, concrete and glass. It should also be easy to dispose of, she noted, because the only component that is currently not biodegradable is acrylic acid added to reduce light scattering and protect the glass from humidity. This could be easily replaced by another bio-based polymer, she said.

The team is now working on scaling up the technology and making it even more energy efficient. They estimate transparent wood could be available for niche applications in interior design in around five years.