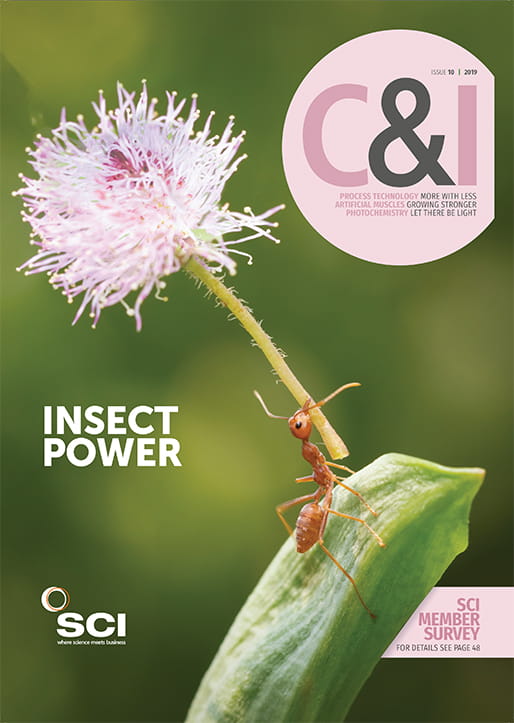 Liquid metal alloys can be used to remove pollutants as well as capture carbon from CO2 emissions. The alloys can be cheaply produced in a low-tech environment, while consuming little energy, researchers in Australia report.

The researchers mixed together bismuth and tin to create a catalytic nano-alloy (Nature Photonics, doi: 10.1038/s41467-019-12615-6). By themselves, bismuth and tin have melting points above 200°C, but form a liquid when mixed at 189°C. Applying sound energy created a liquid metal with very small droplets that solidified once returned to room temperature. The solid nanoparticles of Bi-Sn formed included imperfections, useful for enhanced catalytic activity in reactions to convert CO2 into a useful chemical – formate – and to treat water using light.

This is not the first demonstration of introducing defects and metastable states into a material, ‘but it is the first time that this has been achieved from a liquid metal precursor,’ says Anthony O’Mullane, a materials engineer at Queensland University of Technology in Brisbane, who was not involved in the research but has collaborated with one scientist involved.

Usually, solid particles or surfaces can be mechanically, thermally or electrochemically activated to give this type of activity. ‘Here, simple sonification of liquid followed by cooling to room temperature locks in active sites responsible for the high activity,’ O’Mullane explains. The new approach could be viable for making catalysts at scale, he believes.

Solar energy chemist Thomas Meyer at the University of North Carolina, Chapel Hill, says the nano-alloys could assist in the utilisation of solar energy to carry out chemical reactions like water splitting to reduce CO2 into hydrocarbons for storage or use in fuel cell reactors.

‘Extending the reactivity of solar collector fields in this way, on a 24-hour basis, would transform our energy landscape,’ he notes, but this would require long-lasting, photoactive electrodes. This paper offers hope, by describing ‘a new approach for the preparation of catalytically active electrodes for catalysis and CO2 reduction.’

Meyer praises the paper for potentially opening the door to a family of useful electrodes for electrocatalysis and solar energy conversion. However, O’Mullane warns that scale up is likely to be challenging for some applications. ‘Engineering these types of reactor vessels while maintaining selectivity and efficiency of the processes is a major aspect that needs to be addressed.’