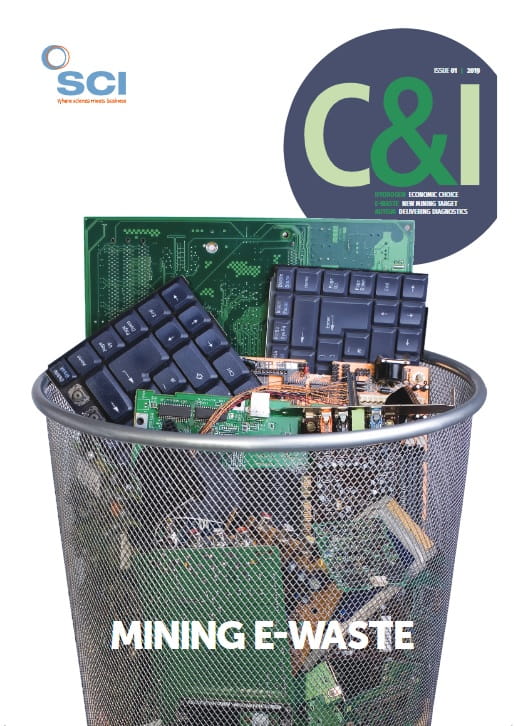 Using magnetic fields, researchers have managed to control the molecular structure of liquid crystalline elastomers (LCEs) and create microscopic 3D polymer shapes that can be programmed to move in any direction in response to heat and light. The work could lead to devices including solar panels that turn to follow the sun for improved energy capture.

LCEs are rubbery polymers containing liquid crystalline compounds that dictate the directions in which the material can move and stretch. Until now, synthetic LCEs have mostly been able to deform in only one or two dimensions, limiting the structure’s ability to take on different shapes.

Researchers from Harvard’s Wyss Institute for Biologically Inspired Engineering exposed LCE precursors to a magnetic field while they were being synthesised. All the liquid crystalline elements inside the LCEs lined up along the magnetic field and retained this alignment after the polymer solidified. By varying the direction of the magnetic field during this process, the team could dictate how the resulting LCE shapes would deform when heated to a temperature that disrupted the orientation of their liquid crystalline structures.

That is, they could programme nearly any shape into the geometry of the material itself. When returned to ambient temperature, the deformed structures resumed their initial, internally oriented shape (Proc. Nat. Acad. Sci, doi.org/10.1073/ pnas.1811823115).

Such programmed shape changes could be used to encrypt messages that are only revealed when heated to a specific temperature, actuators for tiny soft robots, or adhesive materials whose stickiness can be switched on and off, they say.

The team was also able to programme the LCE shapes to reconfigure themselves in response to light by incorporating light-sensitive cross-linking molecules into the structure during polymerisation. Then, when the structure was illuminated from a certain direction, the side facing the light contracted, causing the entire shape to bend toward the light. This type of self-regulated motion allows LCEs to reorient themselves to follow the light.

‘We’re working on controlling the chemistry of these LCEs to enable unique, previously unseen deformation behaviours, as we believe these dynamic bioinspired structures have potential in a number of fields,’ comments team leader Joanna Aizenberg. Solar panels covered with microstructures that turn to follow the sun, for example, could result in more efficient light capture.

It is a challenge to make LCEs to have 3D shape-changing properties, says Boxin Zhao of the University of Waterloo in Canada. ‘The novelty of this work lies in the creative use of patterned magnetic fields. Even though the approach of using a magnetic field to align LC mesogen has been around for years, to my knowledge, it is the first time the magnetic field is used in this way [to programme LC mesogen orientation].’