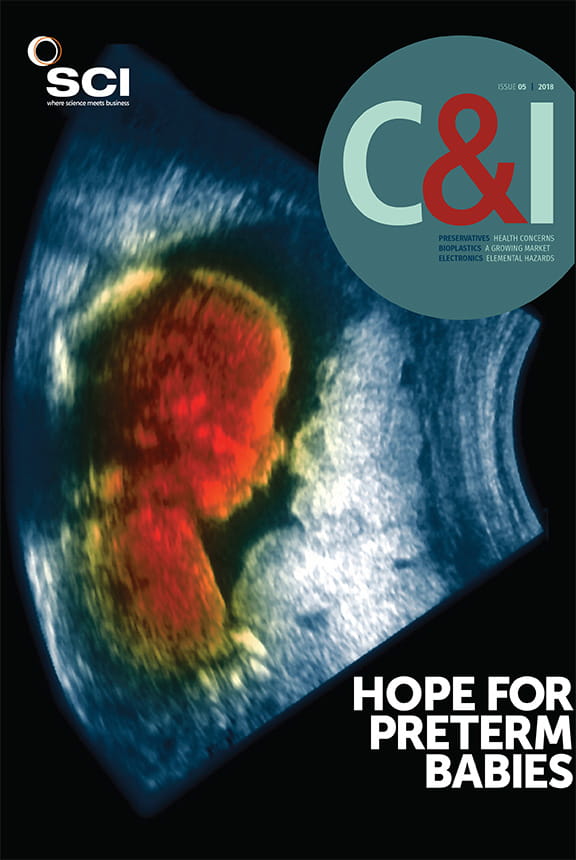 Chemical preservatives do a great job of extending the shelf lives of cosmetics and household products. However, our over-reliance on a small number of preservatives has begun to trigger health concerns, reports Vanessa Zainzinger.

When US regulators, industry formulators and toxicologists were asked what type of chemicals would benefit most from safer alternatives, they were in unanimous agreement.

The answer did not surprise Jennifer McPartland, senior scientist at the US Environmental Defense Fund (EDF). ‘Preservatives have received a lot of attention lately from the regulatory sphere, the market sphere, as well as the advocacy sphere,’ she says, pointing out that the question arose after her team at EDF had the idea to create a framework for the development of safer chemicals.

McPartland picked 16 chemicals commonly used to preserve personal care products and put them through GreenScreen: a hazard assessment tool that evaluates substances against 18 endpoints, drawn from widely recognised international and national sources, including the OECD and the UN Globally Harmonized System (GHS) of chemicals labelling and classification. The results1 were enough to give most of the substances a poor report. Eight of them received moderate to high hazard scores for skin sensitisation, 13 were found to be skin or eye irritants, and 12 were flagged for acute and chronic aquatic toxicity.

Another, DMDM hydantoin, generated a ‘high’ hazard score for carcinogenicity because it releases formaldehyde, a known carcinogen. The compound is found as a preservative in a range of personal care products, paints, coatings and household products, adhesives, polymer solutions, metal working products and clay slurries. The team’s assessment also consistently found data gaps for endpoints such as endocrine activity, neurotoxicity and respiratory sensitisation.

‘We only evaluated 16 preservatives. If we had looked at 32, or 50, the same endpoints might not have scored so commonly high,’ McPartland says. ‘That said, the preservatives that we chose to evaluate are fairly common. We need to be very mindful of these endpoints when looking at whether these types of chemicals are safe.’

The team’s research adds to a growing body of papers that have hinted at recurring problems with common preservatives. As recently as March 2018, Dutch risk assessment institute, RIVM, warned that isothiazolinones cause 21% of allergic reactions to cosmetics.2 The past year has also seen a review by Polish researchers into the hormone-disrupting effects of parabens, popular preservatives used in personal care products, food and medicines,3 and a major research project4 into preservatives in cosmetics funded by Swedish chemicals agency, KEMI.

Together with perfumes, preservatives are the major cause of contact allergies by cosmetic products, KEMI warns in its project report, highlighting mixtures of methylchloroisothiazolinone and methylisothiazolinone (MCI/MI) as a major culprit. Others, such as triclosan, are suspected of being harmful to reproduction. Many frequently used chlorinated preservatives are persistent, bioaccumulative or highly toxic to aquatic organisms – a big problem if these substances pass through sewage treatment plants and enter the environment, says Anna Lindberg, who led KEMI’s project. Lastly, overuse of some compounds, often in high concentrations, has encouraged development of antibiotic resistance. Triclosan, chlorhexidine, mercury and silver compounds have all been noted in conjunction with resistant bacteria, KEMI says.

Lindberg’s interest in preservatives was fuelled by new scientific data for several substances, coupled with out-of-date safety evaluations under EU chemicals legislation. ‘For five of the preservatives we assessed – p-chloro-m-cresol, chloroxylenol, bromochlorophene, chlorophene and chlorhexidine – no reviews have been conducted for over 30 years,’ she says. ‘For one substance, chlorobutanol, there isn’t even a published evaluation at all. And dichlorobenzyl alcohol doesn’t have a full risk assessment because it didn’t have the data to support one.’ KEMI’s findings have led the Swedish government to consider national measures to restrict or ban several preservatives from being used in cosmetic products.

They wouldn’t be the first; bans and restrictions on widely used preservatives have been making formulators in the cosmetics industry sweat for the past five years. The European Commission has banned propylparaben and butylparaben from cosmetic products that are not washed off, and restricted them in all other cosmetics. It has banned five more parabens – isopropylparaben, isobutylparaben, phenylparaben, benzylparaben and pentylparaben – from use in all cosmetic products. And the allergen MCI/MI is no longer allowed in leave-on products, and restricted in rinse-off cosmetic products to a maximum concentration of 15 parts per million. Further EU-wide bans and restrictions are due to hit methylisothiazolinone, polyaminopropyl biguanide (PAPB) and chloroacetamide.

Out with the old
The preservative market has been in dire need of innovation for years, says Phil Hindley, head of global marketing for preservation at chemical giant, Lonza. ‘Where ten years ago traditional, synthetic chemicals dominated – chloromethylisothiazolinone, methylisothiazolinone, parabens – consumer over-exposure, negative PR and pressure from NGOs have made their use controversial. The market has to start looking for alternatives.’ Lonza has rolled out a three-tiered strategy dedicated to defending ‘traditional’ preservative chemicals, developing new formulations and innovating alternative substances. Its work is aimed at the household and personal care products industries, which are both desperate for alternative preservation systems, Hindley says.

But there are good reasons why innovation is so far moving slowly. Strict chemicals legislation in the EU and the US makes authorising new substances costly and complicated. Preservatives for use in cosmetics need to be backed by studies that are difficult to generate because the EU Cosmetics Products Regulation bans products containing chemicals tested on animals from being marketed. Although this provision has been in place since 2011, industry is still struggling to generate data for a number of chronic toxicity endpoints with no in vitro alternative, Hindley says.

Preservatives for use in household products, on the other hand, are regulated under the EU Biocidal Products Regulation, a law that is notorious for its stringent data demands and high authorisation costs for new chemicals. ‘If you want to bring a new preservative into those markets you are looking at a multi-million investment,’ Hindley says. ‘Even then there is no guarantee that your product will get a green light at the end.’

The personal care and household industries are trying to get around these barriers by formulating preservation systems based on organic acids and multifunctional additives. A growing trend - blending already authorised substances with inert ingredients or other co-formulants - can improve a preservation system’s efficacy and reduce the content of single ingredients in the final formulation. This can help in complying with restrictions, or reducing the potential for allergies.

And because multifunctional additives are not regulated as preservatives, they have a far lower barrier for entry in the regulatory sphere. ‘You don’t necessarily have to subject [multifunctionals] to the same rigorous scientific review that you would for a truly new active substance,’ Hindley says. ‘They have a primary benefit other than preservation but impart a preservation effect, too.’ Although they pose a less onerous route to market than traditional preservatives, multifunctionals also add another effect, and with it another layer of complexity, to a formulation, he adds. ‘These are not preservatives. If they are not used correctly and as directed there is potentially a greater risk that they will inadequately preserve something.

’Lonza’s long-term goal is to develop new chemical substances that can be used as preservatives. That remains a challenging endeavour, Hindley says. ‘When we speak with our customers, we hear that they clearly want to replace controversial preservatives like MIT; but they don’t always want to pay more for something else. ‘A new preservative will inevitably cost more than an old one and we need to justify the reason for that, in terms of efficacy, compatibility, and of it being more future-proof than currently used substances that are under regulatory threat.’ MIT, for instance, became used so widely that sensitisation to it became an issue, he says. ‘We talk about innovation in terms of developing something new but we also need to consider how a product is stewarded and risk managed. We don’t want to put something out there just to be used as much as MIT and risk over-exposure to it.’

At the same time, developing a new substance means being mindful of how it affects the formulation, Hindley adds: ‘In the end we need to be sure that it is supported by science.’

The ideal preservative
With its GreenScreen assessment of preservatives in cosmetics EDF tried to gain a better understanding of what good innovation should look like. Knowing which hazards are underlying the problems with currently used preservatives must form the basis of developing safer alternatives, McPartland says. ‘Often, the enthusiasm and excitement for a new chemistry that is being described as ‘safer’ or ‘better’ overshadows what ‘safer’ or ‘better’ really means,’ she says. ‘To have a convincing argument for something being an improvement, we have to have a baseline against which we are asserting that claim.’

Having that baseline means innovators can scrutinise their preservative chemistries for hazard hotspots. But a good alternative substance has to tick a few more boxes, McPartland says. It should, for one, not lack the data needed to make sure it is safe and effective. ‘Chemistries that have had a longer life on the market tend to have more data than some of the newer chemistries. But that doesn’t mean the latter get off the hook for having a dataset that is not robust,’ she says.

Another question concerns exposure to the chemical, which must be part of the equation when considering its hazard. ‘We encounter chemicals from a variety of sources, so a product-by-product risk assessment paradigm has its shortcomings. We need to think about hazard more globally, especially when designing a chemistry that could find itself in a bunch of applications.’

In an ideal world, developing new preservative chemistries would work by way of collaboration. In its report, EDF calls for the creation of an independent chemicals assessment clearinghouse that would standardise assessments and store them in an open-access repository. ‘There’s a whole lot of opportunity out there to create a tool that can help the whole supply chain innovate safer chemicals,’ she says. ‘We’re not there yet – but it’s just a matter of time.’ 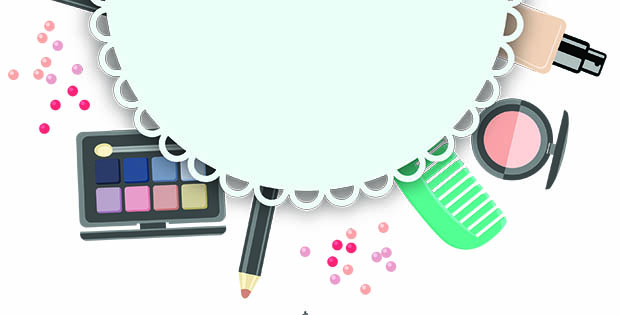