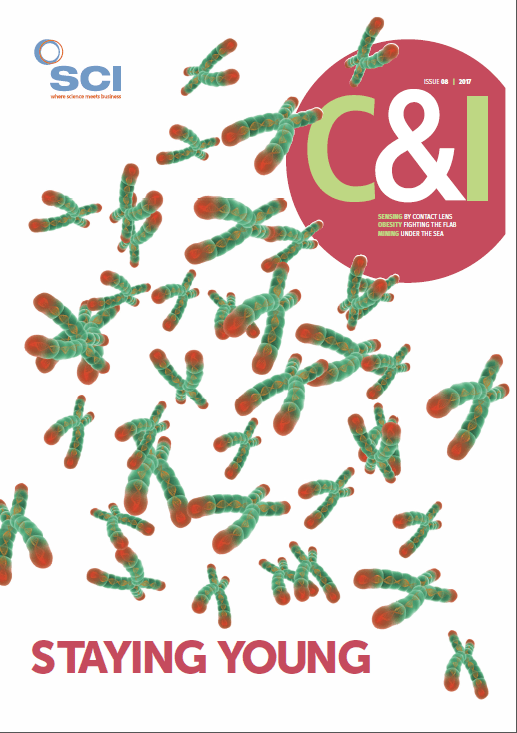 The break-up, completed 12 years ago, of Hoechst, was considered by commentators to have been triggered by an incident in 1993. Along with BASF and Bayer, Hoeschst was one of the three giants of the German chemical industry during the 20th century,  The accident, at its main site in the suburbs of Frankfurt, did not result in any fatalities or even injuries.

A reactor stirrer was switched off during the addition of sodium hydroxide to o-nitro-chlorobenzene in benzene.  Against the orders of the supervisor, the stirrer was put back on, causing a runaway reaction that led to the release of 10t of reaction mixture. There was a widespread contamination of the neighbouring residential area by a white, highly visible granular substance that required a major clean-up. The extensive 24/7 media coverage of the incident, not only in Germany but internationally, soon drew attention to the competence of senior management, reinforcing existing doubts, particularly among financial institutions, about the long-term viability of the company as a single entity.

A series of other major accidents in the chemical and oil, gas and refining sectors in the 1990s and 2000s also highlighted a lack of commitment to improved safety among senior executives and inadequate awareness of safety issues in the workforce. Three catastrophes at BP - at its refinery and petrochemicals complex in Grangemouth, Scotland, its Texas City refinery in the US and at its Deepwater Horizon rig in the Gulf of Mexico - were linked by investigators to failures at the top management level.

In recent years, companies in chemicals and other process industries have been giving much greater priority to process safety improvements. Executives have acknowledged they must demonstrate strong leadership on the matter.  As a result, a safety culture has been created among employees.  Human factors, such as the potential for human errors and the need to engage employees in safety activities, have been given prime importance.

Consequently, the numbers and frequency of incidents have been decreasing, particularly in North America and in Europe. In the US, a total in 2016 of 213 incidents – covering leaks, fires, explosions, and injuries - was the lowest for 10 years,  according to figures from the American Chemistry Council’s (ACC) Responsible  Care programme. The ACC’s around 130  member companies  operate about 2000 facilities nationwide. In 2016 half of the members had no incidents.

Now, chemical companies are confident that over the next several years they can reduce the incidents rate even further. LyondellBasell, the US-based petrochemicals and polymers multinational, is aiming under its GoalZero programme for no incidents at all. ‘We haven’t set ourselves a deadline for reaching this  objective,’ explains a LyondellBasell  spokesperson. ‘But we know it is possible.  Our plant at Ludwigshafen in Germany has not had any incidents for the last 10 years.’

BASF has set itself a goal of an annual rate of process safety incidents of at least  0.5  per one million working  hours  by 2025 - a quarter of the level in 2015.

There are differences  in  definition of  ‘incidents’  with some companies  and participants in  collective  safety programmes  like Responsible  Care  recording certain leaks and ‘near misses’, which  others  do not. Through the International Council of Chemical Associations (ICCA), the global industry has been thrashing out standardised definitions of what are incidents and uniform ways of measuring them. Nonetheless, across the industry internationally the future trend in process safety looks likely to be a continued reduction in the incidents rate. With the ICCA guidelines on standardisation due to come fully into effect by 2020, there will be reliable figures available worldwide to demonstrate the improvements.

Digitalisation should massively improve safety through initiatives like the use of sensors to signal deficiencies in equipment.  But its impact will depend on how well it can be aligned with the progress being made in the engagement of senior management and the workforce in safety matters. Labelled Industry 4.0, digitisation represents the fourth generation of industrialisation. It has the potential to revolutionise the whole value chain in chemicals and other industries, particularly the manufacturing stages. ‘Everything that can be digitalised, will be – now and in the future,’ explains Wolfram Jost, chief technology officer at Software, in Darmstadt, Germany. ‘But why is that? To put it simply: because we can.’

In manufacturing, digitalisation can generate numerous gains in the form of lower costs and efficiencies in the use of labour, asset  utilisation, processes, application of resources, services and customer support, research and development, supply/demand balances  and quality, according to consultancy firm McKinsey Digital. In process safety, the main advantages are automation via plant monitoring sensors, drastically reducing manpower.  Checks of equipment performance can be done almost instantaneously, while operators can be alerted by alarms when parts of plants are close to failure or in danger of leaking.

Digitalisation can bring down maintenance costs by as much as 40%, according to McKinsey Digital.  It can also reduce total plant downtime by 30-50%.

Industry 4.0 is not just about collecting and delivering huge amounts of data to central points, but also about processing and analysing big data.  With process safety, it provides analytics platforms for achieving significant improvements in safety performance. A key feature of the current digitalisation wave is that the automation system can be designed in-house by company employees,  using computer tools  supplied by the software specialists.  This enables companies  to differentiate themselves  in the way they use  the new technology.

BASF has embarked on an ambitious digitalisation programme with the aid of a supercomputer  installed  this summer at  its main site at Ludwigshafen (C&I, 2017, 6, X).  A primary purpose of the supercomputer is to boost the company’s R&D performance; but it will also make a substantial contribution to advancing process safety.

‘We can use it in a lot of ways to upgrade out safety performance and concepts,’ Martin Brudermueller, BASF vice-chairman and chief technology officer, said at a press conference  at Ludwigshafen in June 2017. ‘We can use the mass of data to develop new ideas in the running of reactors to cut costs,  raise efficiencies and improve safety. As long as we have the data we can use the supercomputer to analyse the causes of process safety incidents.  But we are more likely to use it to introduce  safer  process systems – how we can predict  and prevent  accidents happening with the help of sensors. We will be able to work out, for example, the level of seriousness of warning signs from sensors,  particularly in relation to the degradation of materials.’

Meanwhile, German speciality chemicals company, Evonik has seen its rate of incident frequency more than halved since 2008, likely due partly to the application of digital technologies. It wants to use automation to identify  and prevent process safety risks.

As part of its digitalisation strategy, German polymers and coatings producer, Covestro has started collecting data from its plants worldwide on every incident of loss of product  containment (LoPC) or leaks, as well as minor and near-miss incidents.  The data are carefully analysed to determine causes, with the results and corrective actions being publicised throughout the group.

‘The criteria, for example, very small quantities or non-hazardous material leaks, were selected so that even material and energy leaks that have no impact on employees, neighbours or the environment are systematically recorded,’ according to the company’s 2016 annual report. Through the digitalisation strategy, gaps in the collection of data, how it is put into the context of plant and site conditions and the way it is converted into actionable information will be evaluated. This should result in ‘faster and more cost-efficient roll-out’ of information and new data-driven applications across the  group, Felix Hanisch, Covestro’s former head of global process control, told the 2016 European user conference of US OSIsoft digitalisation software company.

Chemicals and other process industries have a long history of collecting, interconnecting and analysing data to gain added value, Hanisch pointed out. But OSIsoft has warned that the large amounts of data yielded by digitalisation will be a big test for existing IT  systems, which are not suitable for handling the big volumes and complexities of the new data.

‘Industry 4.0 technologies will propagate more data, from more locations, in more formats and from more systems than ever before,’ OSIsoft recently reported.

However, some process safety specialists fear this could lead to the workforce, especially technical staff like operators, becoming disengaged from safety issues as responsibilities for checking equipment outside control rooms become automated.

‘To be successful, digitalisation projects in areas like process safety need to be matched properly with human factors,’ explains David  Embrey, a consultant at  Human Reliability in Dalton, Lancashire. ‘Some schemes can be too technology centric, with not enough consideration of interaction with people.’

‘The introduction of new technologies always brings new risks,’ he continues.  ‘For a start, will the digital technologies be accepted by the workforce when they are replacing  tasks done by humans? Another danger is overloading operators with too much data from sensor-based alarm systems.’

Some of these problems can be avoided by involving employees in the design of  localised digitalisation projects, he says. ‘This is a way of ensuring people still feel engaged by being given new safety responsibilities. Humans are not so good at doing repetitive monitoring tasks.  But they are good at, with the right knowledge, working out what’s gone wrong and then solving the problem.’

The ultimate objective behind digitalisation is analytics.  Huge amounts of data can be accumulated to create algorithms that tell companies what to do to increase productivity and raise efficiencies,  for example through big  cuts in downtime as a result of  decreases  in process safety incidents.

‘It is not enough to know what went wrong, or even what will go wrong,’ says Matthew Littlefield, president and principal analyst at Cambridge, Massachusetts-based LNS Research in the US. ‘Executives need to know what actions to take now based on (the analytics).’

Systems for predictive maintenance, for example, are based on data from a number of sources. They may include original plant engineering documents, such as the three dimensional computer aided design (CAD) created when the plant was engineered. In addition, engineering and maintenance workers would be surveyed to collect their know-how about specific parts of plants.  This information will be then be combined with hard data gathered from thousands of wireless sensors to form a detailed database of asset conditions that can be monitored instantly, and which is actionable in real time.  Faulty equipment no longer need to be accessed to decide how to put it right.  The digital data alone are sufficient.

Looming on the horizon, meanwhile, is the major after-effect of digitalisation. Engineering, maintenance and other technically qualified staff could be disconnected as a lot of their know-how becomes redundant.  Ways need to be found for them to use their expertise to add greater value in the production process.