Individual memories and experiences are what makes us who we are. But just how and where the brain stores memories has long been a mystery. In the 1950s, psychologist Karl Lashley theorised that memories were stored in a group of connected brain cells that fire together in a certain pattern. This group of cells particular to a specific memory were called an engram. Lashley set about trying to find the engram by selectively destroying brain tissue in rodents, in the hope this would wipe their memory of the layout of a maze they were exploring. However, he was unsuccessful and had to conclude that memories were not held in specific cells, but must be diffuse throughout the brain.

‘There are two approaches to finding where memories are stored in the brain,’ says Howard Eichenbaum, a professor of neuroscience at Boston University, US, who researches memory. ‘One involves interfering with the function of a brain area.  If interfering with the specific area blocks memory - and not any other perceptual or cognitive function - then it must be processing or storing memories.  The other approach involves monitoring the activity patterns of neurons in a brain area. If the neural activity patterns come to reflect information about the memory, and the new patterns persist with the memory, then the area is processing and storing memories.’ 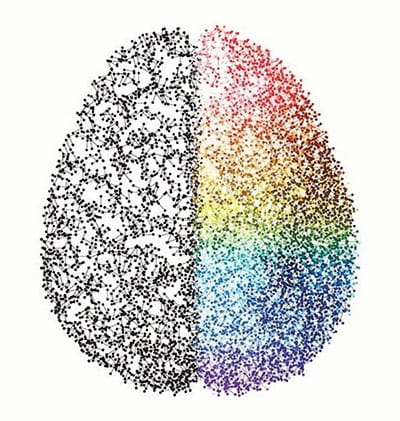 Using these two approaches, over the past 60 years, scientists have honed the search for memories down to two brain regions - the hippocampus and the amygdala. However, finding the exact collection of brain cells that houses a memory has proved tricky.

The quest to find the engram was picked up again by neuroscientist Sheena Josselyn, originally at Yale University, US, and now with the Josselyn lab at Toronto’s Hospital for Sick Children in Canada. Josselyn’s work focuses on the amygdala region of the brain, known to play an important role in emotion and memory. Josselyn taught mice to associate a painful experience - a mild foot shock - with a tone. Eventually the mice learnt to freeze in fear whenever they heard the tone, a sign they were recalling the memory.

In a study in 2001, Josselyn discovered that when the cells in the amygdala were artificially activated and excited by raising the levels of a chemical called CREB (cAMP/Ca2+ responsive element binding protein), the animals were much better at remembering the fearful event.1 CREB is normally produced by neurons after a period of intense excitation, and is a sign of long term potentiation - thought to be the molecular basis of learning (see Strong memories). CREB can make neurons more active and excited by switching on gene expression.

So if exciting neurons helps memory, what does that tell us about where memories are stored? In 2007 Josselyn’s team, along with another group led by Alcino Silva at the University of California, US, took the research further by artificially exciting just a small number of neurons.2 The researchers used a virus vector to transport CREB encoded genes into just a few specific cells. They also included a gene that encodes green fluorescent protein (GFP), allowing the researchers to see exactly which neurons had been labelled.  The CREB neurons, ie the artificially excited neurons, were much more active than their neighbouring neurons when the mice froze when recalling an event, suggesting that they were encoding the memory engram. In other words, the neurons were competing to ‘grab’ the memory, and the most excited neurons were winning.

‘It was not known previously why one brain cell was recruited or allocated to a given memory trace,’ says Josselyn. ‘We showed that eligible neurons compete for allocation to an engram underlying a fearful memory in mice. Those neurons that are more excitable at the time of the event are preferentially recruited to the engram representing that event.’

However, to prove the existence of the engram researchers needed to show two things. First, that the population of cells is absolutely necessary for the memory, ie without them the mice forget; and secondly, that stimulating the cells directly activates the memory, without the mice having to hear the tone.  In 2009, Josselyn’s team showed just that. Using the same method of artificially exciting a population of neurons using CREB, the team showed that this network of cells were most active when the mice were remembering.3 They then killed just these cells using a toxin called DT, and found that the mice no longer remembered the painful association between the tone and electric shock; however, other memories were left intact. The scientists had demonstrated they could erase a specific memory in mice by killing a certain set of cells. Later in 2012 another team, led by Susumu Tonegawa's group at Massachusetts Institute of Technology,  US, demonstrated that a memory could be activated by stimulating cells directly, making the animals freeze in fear even though they hadn’t heard the tone, a finding later replicated by Josselyn’s team.4

‘We were able to “select” which neurons were engaged in a fear memory by overexpressing a certain protein or using advanced techniques to increase the excitability of just these brain cells in the brains of mice,’ says Josselyn.  ‘These neurons that we selected were hugely important to that memory, because genetically ablating just this small portion of neurons was sufficient to disrupt this specific memory. Importantly, the mice could remember other things, and other fearful things - just not this specific memory.’

In other words, for the first time scientists were able to either evoke or delete a specific memory, simply by either exciting or silencing the cells that encoded it.

‘The work [by Josselyn's lab] has been highly informative in identifying neurons that are activated during learning and whose activity is necessary and sufficient for the subsequent expression of memory,’ says Eichenbaum. ‘Combined with other observations on the nature of information processed by these neurons, we can now look forward to a full mapping of a circuit for memories.’

Josselyn’s lab also demonstrated they could manipulate pleasurable memories as well as fearful ones. In a study in 2014, the scientists taught mice to associate a particular place with cocaine,5 and found that the mice would repeatedly go back to that place in order to get a hit of the addictive drug. They then deleted the cells that fired when the animal experienced cocaine, and found the mice no longer preferred to spend time in the area - they no longer remembered the pleasurable experience. The mice acted like they had never had cocaine before.

As well as addiction therapy, the findings are also relevant to the field of mental health, and particularly post-traumatic stress disorder (PTSD).  Patients with PTSD often suffer flashbacks triggered by innocuous stimuli that cause the memory to be retrieved. Some scientists have suggested that PTSD is what happens when the brain excessively and inappropriately links memories together.

To investigate how separate memories for emotionally charged events can become linked in the brain, in 2016, Josselyn’s lab recorded the activity of brain cells in the amygdala.6 The team found that after encoding a memory the neurons remained active and excitable for about six hours. If another event occurred in this time window they observed that this new memory would be encoded by the exact same population of cells, thus linking the two memories.

However if the second event occurred after this six hour time window then it was encoded by a different population of neurons. The neuron’s excitability was the key factor determining whether they would ‘grab’ the new memory. What’s more, by artificially manipulating the excitability of the neurons, the researchers were able to control where the memories were stored. By making the neurons more excitable, they could link two memories together that would not normally be linked, and conversely they were able to separate two linked memories by suppressing the neurons.

At almost the same time, another lab led by Silva at UCLA showed the exact same phenomena, but this time in the hippocampus.7 The study showed that the same population of neurons encoded two different memories if they occurred within the same day, but not if they were separated by a week.

So could this technology ever be applied in humans? ‘Our results indicate that a critical component of a fear or memory may reside in a small portion of neurons and that treatments could be targeted to just these neurons,’ says Josselyn. ‘Our findings suggest that one day it could be possible to treat people with PTSD by erasing these traumatic memories. However, there could be potential downsides, especially when applied to people who would like to get rid of a “bad memory” such as a messy break up. We all learn from our mistakes. If we erase the memory of our mistakes, what is to keep us from repeating them?’

Eichenbaum also warns of other risks of memory erasure.  ‘Whilst in theory activation of these cells can reinstate lost memories, and inactivation of these cells can block or erase memories, it is very important to consider that the representations of multiple memories overlap in the overall population of neurons, such that manipulating the neurons that participate in one memory will surely affect other memories as well,’ he says. ‘For this reason, in addition to other issues concerning the feasibility and ethics of invasive brain manipulations in humans, it is unlikely that the approach used in these studies can lead directly to manipulating emotional memories in humans.’