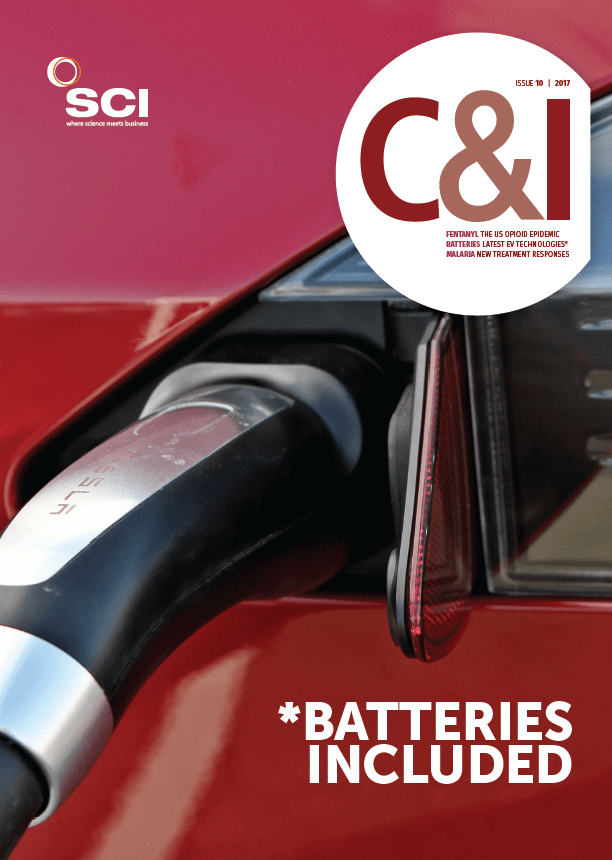 When a chequered flag waves in Hong Kong in December 2017, a whir of engines will announce the first street race of the new Formula E season. Lithium ion batteries will power the racecars from 0 to 60 mph in three seconds.

Electric cars are accelerating commercially too. General Motors has already sold 12,000 models of its Chevrolet Bolt. Daimler announced in September 2017 that it is to invest $1bn to produce electric cars in the US. And Renault-Nissan says it will launch a dozen models of purely electric cars by 2022. Investment bank ING, meanwhile, predicts that European cars will go fully electric by 2035.

‘Batteries are a global industry worth tens of billions of dollars, but over the next 10 to 20 years it will probably grow to many hundreds of billions per year,’ says Gregory Offer, battery researcher at Imperial College London. ‘There is an opportunity now to invest in an industry so that when it grows exponentially you can capture value and create economic growth.’

In the UK, the government announced, in July 2017, a £246m investment injection in battery technology R&D. When chief scientific advisor, Mark Walport, was asked to review the case for a research institute to act as a focal point for battery technology, energy storage and grid technology, not surprisingly he recommended an initial phase focus on the automotive industry.

Currently, lithium ion chemistries are in pole position as the power mode of choice. The first patent on a lithium ion battery came from John Goodenough’s group at the University of Oxford, UK, in 1981. Today, lithium ion chemistries dominate consumer electronics and most experts believe they will likely power electric vehicles for the next decade. Costs have fallen dramatically, from around $1000 per kilowatt-hour of storage capacity in 2010 to around $200 today. However, ‘cost is still a challenge,’ says Billy Wu, a battery researcher at Imperial College London, UK. ‘People often quote a target number as roughly $100/kWh.’

Battery gains are a slow, steady creep forward, Wu notes. Experts predict that incremental improvements will lodge annual gains in energy density of between 5 and 8%. Car-maker Tesla recently began improving the energy density of its Li ion batteries, by doping the graphite anode with around 5% silicon. The viability of silicon as an anode material for Li ion batteries was first reported in 1999, illustrating the time gap between basic research and commercial applications.

Consumer goods tend to run on cathodes of lithium cobalt oxide, which offers high energy density, while electric cars tend to run on cathodes of lithium nickel manganese cobalt oxide (LiNiMnCo2, or NMC) chemistries, preferred for their stability. The industry NMC standard is one-third cobalt, nickel and manganese apiece, 1-1-1, but is gradually upping the nickel content of the cathode to improve voltage and reduce expensive cobalt. Batteries with ratios of 60% nickel, 20% cobalt and 20% manganese have been launched commercially, cutting down on cobalt, which is about six times the price of nickel. ‘LG Chem announced it is going to release its 8-1-1 chemistry next year,’ says Wu, further reducing the cobalt levels.

But it’s not all about materials. Offer’s team at Imperial takes market-ready or prototype battery devices into their lab to model the physics and chemistry going on inside, and then figures out how to improve them. The big opportunity for technology disruption lies in extending battery lifetime, he believes. Lithium batteries are built from layers, each connected to a current connector and theoretically generating equivalent power, which flows out through the terminals. However, improvements in design of packs can lead to better performance and slower degradation. 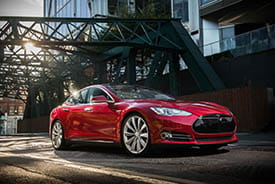 For many electric vehicles, cooling plates are placed on each side of the battery cell, but the middle layers get hotter and fatigue faster. Offer’s group cooled the cell terminals instead, because they are connected to every layer. ‘You want the battery operating warmish, not too hot and not too cold,’ he says. ‘Keeping the temperature like that, we could get more energy out and extend the lifetime threefold.’ If the expensive Li ion batteries in electric cars can outlive the car, he says their resale value will go up and dramatically alter the economic calculation when purchasing the car. ‘If we can get costs down, we will see more electric vehicles, and reduced emissions and improved air quality,’ Offer says.

Battery systems management and thermal regulation will allow current lithium batteries to be continually improved, but there are fundamental limits to this technology. ‘Lithium ion has a good ten years of improvements ahead,’ Offer predicts. ‘At that point we will hit a plateau and we are going to need technologies like lithium sulfur.’

Li sulfur has a theoretical energy density five times higher than Li ion. In September 2017, US space agency NASA said it will work with Oxis Energy in Oxford, UK, to evaluate its Li sulfur cells for applications where weight is crucial, such as drones, high-altitude aircraft and planetary missions.

However, Li sulfur is not the only challenger to Li ion. Toyota is working to develop solid-state batteries, which use solids like ceramics as the electrolyte. ‘They are based around a class of material that can conduct ions at room temperature as a solid,’ Offer explains. ‘The advantage is that you can then use metallic lithium as the anode. This means there is less parasitic mass, increasing energy density.’

Some battery scientists are sceptical over the potential for sodium ion battery technology in car applications. ‘The performance isn’t as good as lithium,’ in Wu’s view, ‘[but] you might use sodium ion for grid applications,’ he says.

The UK recently launched new rules to make it easier for people to generate their own power with solar panels, store it in batteries and sell it to the National Grid. UK regulator Ofgem said the rules will apply from 2018 and should save consumers up to £40bn by 2050.

For now, Li ion is an obvious choice for grid storage in terms of batteries, since it’s a proven technology. University of Oxford battery engineer, David Howey has been testing batteries such as sodium ion batteries; he says sodium ion will hopefully ‘lower costs, be a little more robust and discharge down to zero volts’, making it easier to safely transport.

Solar and wind energy, however, bring problems of unpredictability and intermittent supply. So far, few battery packs are capable of smoothing out the peaks and troughs, but this will change as the technology advances. In September 2017, Tesla announced the world’s largest Li ion battery was half completed: a 129-megawatt hour behemoth for South Australia’s electricity system. ‘Lithium ion is still a contender for grid, but costs might be prohibitive,’ says Howey. ‘Lead acid is a contender because weight and size doesn’t matter so much, and cost-wise it is so cheap and almost 100% recyclable.’ The problem is that its cycle life is limited – it doesn’t last very long. Howey says the technology’s longevity can be improved if we continue to understand it better and model it.

However, some in the field believe electrochemical storage does not yet make sense. ‘Wind and solar are accelerating at a massive rate, but at the moment it is not really economical to store it,’ says Wu. Alternative storage solutions include thermal storage, pumped hydro, compressed air and redox flow batteries. ‘We already have sufficient flexibility on the grid at the current penetration levels of renewables,’ says Offer. ‘Moving forward, though, to manage the variability of renewables, storage will become essential.’

Householders, meanwhile, are an emerging market for battery storage. In Germany, for example, homeowners are offered a subsidy to meet the initial costs of a battery to store the electricity from solar panels.

For electric cars, the ultimate technology in terms of energy density is rechargeable metal-air batteries. These work by oxidising metals such as lithium, zinc or aluminium with oxygen from the air. ‘Making a rechargeable air breathing electrode is really hard,’ warns Offer. ‘To get the metal to give up the oxygen over and over again, it’s difficult.’

Graphene and carbon nanotubes also offer exciting possibilities for future batteries, because of their inherent high electrical conductivity. The challenge is to make graphene in large enough quantities that the material becomes economical. But manufacture is also an issue. ‘Lots of papers in Science and Nature report extremely impressive energy densities, but typically they introduce a new nanostructure. You can make grams of materials in the lab but some of these material innovations do not scale up well,’ says Wu.
In the case of graphene, Offer predicts it will be used as an anode material in a small working device within five years, with ‘someone actually making these devices in another five years, though they’ll be expensive’.

Whatever pans out, the UK wants to nurture battery-focused SMEs and forward-thinking research groups in universities. The latest investment plan envisages support that links across research, innovation and scale-up, Walport advised the government.

‘Whilst UK research funding has previously been applied at all three of these levels, there has never been a programme that is explicitly and formally linked across these levels and scaled to address a specific industrial challenge,’ Walport wrote. ‘Doing so would drive improved efficiency of translation of UK science excellence into desirable economic outcomes; would leverage significant industrial investment in the form of a “deal” with industry; and would send a strong investment signal globally.’