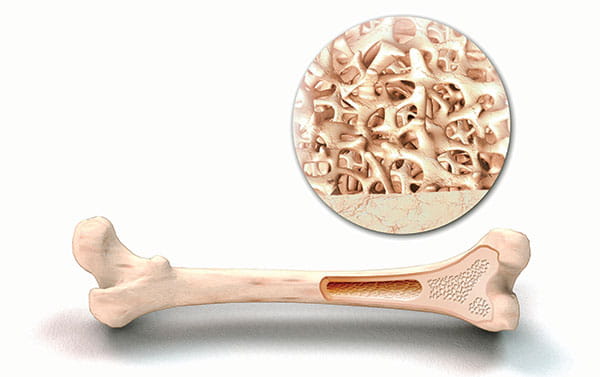 A new ‘smart’ fabric that mimics the sophisticated properties of the bone tissue periosteum could lead to a range of advanced functional materials for use in medical, safety and transport applications, according to its designers.

Periosteum is the thin, tough outermost layer of most bones. It’s a complex arrangement of collagen, elastin and other structural proteins. The collagen fibres support the bone and firmly connect it to surrounding structures such as ligaments and tendons. Osteoblast cells in the periosteum are involved in bone growth and repair, responding to factors such as the demands of the body, calcium availability and bone damage.

Melissa Knothe Tate’s team at the University of South Wales mapped the complex tissue architectures of the periosteum, visualised them in three dimensions on a computer, and then scaled up the key components (Scientific Reports 7, doi:10.1038/srep40396). This allowed them to produce multidimensional fabrics based on the periosteum design using a state-of-the-art computer-controlled jacquard loom. As collagen and elastin are too small to fit into the loom, the team used elastic material to mimic elastin and silk to mimic collagen. They used specific combinations of collagen and elastin in a twill pattern designed to mirror periosteum’s weave. Mechanical testing of the swatches showed they exhibited similar properties found in periosteum’s natural collagen and elastin weave.

‘The result is a series of textile swatch prototypes that mimic periosteum’s smart stress-strain properties,’ she explains. ‘We have also demonstrated the feasibility of using this technique to test other fibres to produce a whole range of new textiles.’

The team’s longer term goal is to weave biological tissues in the lab which reflect the biology, architecture and mechanical properties of the periosteum. They could be used to replace and repair failing joints. Other potential applications range from protective suits that stiffen under high impact for skiers, racing-car drivers and astronauts, through to ‘intelligent’ compression bandages for deep-vein thrombosis that respond to the wearer’s movement.

Patents are pending in Australia, the US and Europe.