Since its discovery in 2004, researchers have speculated that graphene has the capacity to carry an electrical current with zero resistance. But until now, superconductivity has only been achieved in graphene by doping or contact with a superconducting material, which can compromise some of graphene’s other properties. However, researchers at the University of Cambridge now claim they can turn graphene into a superconductor in its own right. 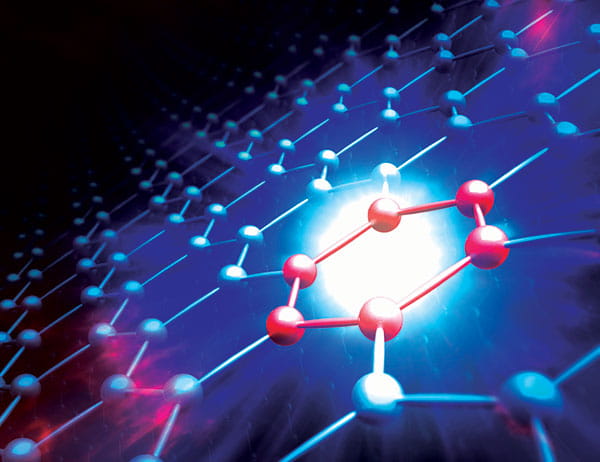 The Cambridge team working with colleagues from the Hebrew University of Jerusalem and the Norwegian University of Science and Technology coupled graphene with a super-conducting material called praseodymium cerium copper oxide (PCCO). PCCO has well-understood electronic properties.

‘What we saw in the graphene was, in other words, a very different type of superconductivity than in PCCO,’ explains Robinson. ‘This was a really important step because it meant that we knew the superconductivity was not coming from outside it and that the PCCO was therefore only required to unleash the intrinsic superconductivity of graphene.’

‘If p-wave superconductivity is indeed being created in graphene, graphene could be used as a scaffold for the creation and exploration of a whole new spectrum of superconducting devices for fundamental and applied research areas,’ Robinson continues. ‘Such experiments would necessarily lead to new science through a better understanding of p-wave superconductivity, and how it behaves in different devices and settings.’