A clone of my own 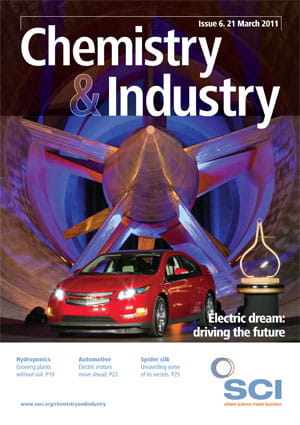 The revelations in August 2010 that meat from the offspring of two cloned bulls had entered the food chain in the UK revealed what some consumers were not ready to accept: cloning is already impacting on agriculture and that we may have unknowingly eaten meat derived from clones.

Months after the event, the UK’s Food Standards Agency (FSA) ruled that food from cloned animals is safe to eat. Meat and milk from clones and their offspring was shown to be no different from that of conventionally bred animals and was therefore deemed ‘unlikely to present any safety risk’, a conclusion that mirrored the verdict reached two years ago by the US Food and Drug Administration (FDA) after its five-year investigation.

Clones offer farmers the ability to take their best, elite animals and disseminate their genes rapidly through their herd far quicker and more successfully than conventional ‘natural’ breeding and less conventional assisted reproduction techniques, such as embryo transfer and artificial insemination.

The technique, which uses somatic cell nuclear transfer, takes a cell from the animal to be cloned, removes the DNA and places it in an empty egg. The first example was, famously, Dolly the sheep, more than 15 years ago. Since Dolly, cows, pigs, goats, horses and a range of other small mammals have been cloned.

‘The ability to replicate those elite breeding animals to meaningful levels can help food producers become more efficient, fight disease more effectively and improve the welfare of their animals,’ says Blake Russell, ceo of ViaGen, a US-based commercial cloning company. It is no surprise then that, as the technology has matured and become more affordable, cloning has become an increasingly attractive avenue to explore.

And indeed, it has not taken the regulatory bodies by surprise either. Back in 2001, the FDA’s Center for Veterinary Medicine asked companies not to introduce these cloned animals, their progeny, or their food products into the human or animal food supply. The FDA’s verdict in 2008 – that the products were no different – has changed this. Indeed, as they are no different, the products from cattle, swine and goat clones will not require additional labelling.

Despite the potential, the number of clones remains relatively small. Advocacy group Compassion in World Farming estimates there are 6000 animal clones worldwide. One reason for this is that clones are not cheap. Commercial producer ViaGen charges around $17,000 for a cloned calf, $2500 for a cloned pig and $165,000 for a cloned foal. For comparison, the price for a common breed of cow in the UK starts from about £1000, with elite breeds going for fives times that. Cloning is therefore limited to elite animals and the clones themselves are not expected in the food supply in any significant number, according to the FDA.

In Europe, the situation is more complex. While the food is deemed safe, animal welfare concerns prompted the European Commission to recommend a five-year temporary ban on the use of clones and their offspring for food production. However, while the European Parliament supported the ban, the European Council rejected the proposal and the three groups have since entered into conciliation negotiations.

Aside from the public’s unwillingness to eat meat from cloned animals, animal welfare is the primary concern. Eurogroup for Animals wrote an open letter to the president of the EC, together with a number of other organisations, voicing their concerns that ‘cloning is inefficient, wastes animals’ lives and has a huge potential to cause pain, suffering and distress’.

Dolly - the world's most famous clone

Producing Dolly, the world’s most famous clone, took 277 attempts. But that was over 15 years ago and the technology has, of course, advanced in the intervening years. Current reproductive efficiencies vary from animal to animal and from laboratory to laboratory. But typical efficiencies are up to 50% for cattle and pigs, 20% for sheep and 10% for horses.

‘Cloning technology continues to develop at a consistent pace,’ says Russell. ‘Our success rates are much higher and we have a dramatically smaller number of issues with the cloned animals at birth. Many still quote the 10-year-old experiences with animal cloning, but those results are just what one would expect: early results from a breakthrough technology prior to any significant commercial application.’

There are undeniably increased occurrences of birth abnormalities but they have been substantially reduced, says Keith Campbell, professor of animal development at the University of Nottingham, UK, who was one of the principal scientists behind the cloning of Dolly. ‘I wouldn’t like to say that it has gone away completely. In sheep, which we produce here, the last births we’ve had have all been natural births and no caesarean sections and the offspring have all been OK.’ Other problems with clones were not caused by the procedure per se, but by culture methods, which resulted in large offspring syndrome.

Another concern raised by Eurogroup is that ‘routine use of cloning would greatly reduce genetic diversity within livestock populations’ and leave the whole herd equally liable to be wiped out by disease. While this is certainly possible, it is perhaps not a true reflection of the reality. Russell says that any livestock breeding technique requires an intelligent decision-maker. It is possible to blindly concentrate the gene pool using this technology or any other breeding technology, such as artificial insemination, and is a criticism that is levied at the application rather than the tools themselves.

‘Cloning can actually be a useful tool to broaden the gene pool. You can lever new, elite genetics into another group so that you can bring diversity of genes,’ says Russell, who argues that you can not only rapidly bring change to the gene pool and improve animal welfare, but also multiply favourable traits, such as disease resistance and climate adaptability.

However, Reid argues that this is an unrealised potential. ‘The focus is on producing bigger and better meat, that produces better quality milk,’ she says, adding that the evidence just is not there that cloning is being used to maximise the whole well being of the animal. ‘The economic or commercial side is the focus, not the welfare.’

Animal welfare, combined with public unease, appears to be the major stumbling block in Europe. The effect of regulation changes here will impact what happens elsewhere. Other continents have been much more open to the technology. ‘There is a tremendous level of acceptance and interest in trying to use this technology to elevate the genetic quality of both their beef, dairy and porcine herds across Latin America and Asia,’ says Russell.

The effect of opening up the market could have significant effects. Cloning allows the genetics of an elite bull in the UK, for example, to be duplicated in Asia, South America or North America, without disrupting the ongoing performance of the bull. All it takes is a simple biopsy to introduce elite genetics into other markets.,

Costs are coming down too. Prices are becoming commercially competitive for breeding, particularly for pigs, due to high efficiencies combined with the litters of multiple offspring. Sires can produce 3000-5000 piglets in their lifetime and an elite sire can make farmers a lot of money.

‘If you find a sire whose offspring grow more efficiently, faster, perform well in a given environment and are disease resistant, then their offspring are worth several dollars more per pig in terms of the efficiency they bring and so the economics to an individual farmer can be quite compelling to use this technology,’ says Russell.

‘There are ways we can improve animal welfare and improve the environment, whilst also hopefully providing food and reducing costs for farmers because they won’t have to have drugs and this will prevent the widespread use of antibiotics, which leads to resistance,’ says Campbell.

Despite this, Campbell thinks cloning will not become part of mainstream farming: ‘We’re not going to be cloning animals for food. It’s just too expensive.’ He expects the future of cloning to be for transgenic farm animals: ‘I don’t mean making giant cows, but genetic modification, for instance, to prevent diseases. There are significant steps being made in making animals resistant to foot and mouth. Or making pigs that can digest phosphates so they won’t pollute the environment.’