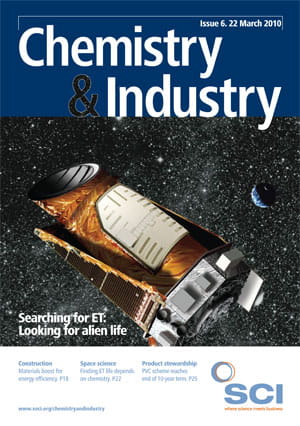 Merger and acquisition activity continues apace in the bioscience sector as the threat of generics and dwindling pipelines leads larger pharmaceuticals to seek out ailing biotech companies to provide them with new drug options.

The German pharmaceutical and chemical company Merck, for example, is set to acquire life science firm Millipore in a deal valued at €5.3bn. Japanese pharmaceutical company Astellas Pharma has launched a $3.5bn hostile takeover bid of OSI Pharmaceuticals. And drug giant Pfizer is thought to be keen to get its hands on generic firm Ratiopharm.

‘Because the pharmaceutical industry has continued to outperform other sectors during the period of global recession, there has not been a notable decline in the number of M&A events,’ says Datamonitor analyst Simon King. ‘Furthermore, the financial climate has improved the ability of Big Pharma players to acquire smaller biotechs who have suffered in terms of investment.’

In the face of patent expiries and the threat to profits from generics, large and medium-sized pharmaceutical firms are expected to continue merging with and acquiring biotech companies in an effort to end their reliance on small molecules.

However, King says the need for companies to diversify their activities, such as increased investment in emerging markets, and over-the-counter and generic drugs, is perhaps making them pickier.

Indeed, acquiring Millipore would transform Merck, giving it a significant presence in life sciences. The combination ‘will allow us to cover the entire value chain for our pharma and biopharma customers, offering integrated solutions beyond chemicals,’ said Karl-Ludwig Kley, chair of Merck’s executive board. Meanwhile, Ratiopharm would bring biosimilars to Pfizer, helping it to deal with patent expiries. And Astellas, for which sales of its key product, anti-rejection drug Prograf, are expected to decline, would gain more cancer drugs by acquiring OSI. In fact Astellas has offered to pay $52/share of OSI – a premium of 53% on the company’s three-month average – and has filed a lawsuit to protect the hostile bid.

‘Monoclonal antibodies in particular remain a key area of interest and investment given that this technology is now proven from a commercial perspective, but also retains the potential for sales growth linked to new market opportunities,’ says King. Abbott, for example, recently agreed to acquire Facet Biotech in a $450m deal that gives Abbott access to biologics, including a monoclonal antibody for multiple sclerosis. The acquisition builds on earlier success that Abbott has had in the antibodies market via its purchase of Knoll from BASF, says King.

Krishan Maggon, an independent R&D consultant in Geneva, Switzerland, says the two hottest areas for M&A deals over $1bn are monoclonal antibodies and vaccines – two sectors in which he expects to see more M&A activity.

Meanwhile, King says there is a race to demonstrate which technologies will emerge as the next conduit for drug development that is commercially successful. ‘A number of companies, such as Roche and Merck & Co, have invested significantly in RNAi – often touted as the next breakthrough technology,’ he says.