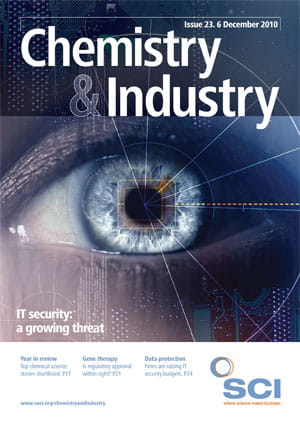 Following the explosion of the Deepwater Horizon drilling platform in the Gulf of Mexico on 20 April 2010, up to 62,000 barrels (10,000m3) of crude oil/day escaped into the ocean until the leak was successfully capped on 15 July 2010. The overall amount of oil that leaked out was estimated at 4.9m barrels, making the incident the worst marine oil spill to originate in US-controlled waters, ahead of the 1989 Exxon Valdez disaster off the coast of Alaska.

Only a month after the leak at the Deepwater Horizon site was finally fixed, the first two peerreviewed scientifi c papers investigating the likely fate of the oil spill were published. Both addressed the question of whether or not microbial degradation of the oil was taking place. But they arrived at opposite conclusions.

Richard Camilli and colleagues at Woods Hole Oceanographic Institution, Massachusetts, studied the extent and distribution of the oil plume. Camilli says the presence of the plume showed that the oil ‘is persisting for longer periods than we would have expected. Many people speculated that subsurface oil droplets were being easily biodegraded. Well, we didn’t fi nd that. We found it was still there.’ They also analysed the oxygen depletion in the polluted area and concluded from their results that there was only very low levels of microbial activity (Science, 2010, 330, 208).

By contrast, Terry Hazen and co-workers at the Lawrence Berkeley National Laboratory, California, scrutinised the chemical composition of the plume at various distances from the leak and took samples for long-term observation in their laboratory. From the changes in hydrocarbon composition observed in more distant, therefore older, parts of the plume and from the presence of bacteria related to known oil-eaters, the researchers concluded that microbial degradation of the plume was in process and might play a signifi cant part in clearing the pollution (Science, 2010, 330, 204).

‘Our findings show that the infl ux of oil profoundly altered the microbial community by significantly stimulating deep-sea psychrophilic (cold temperature) gamma-proteobacteria that are closely related to known petroleum-degrading microbes,’ says Hazen, a microbial ecologist with Berkeley Lab’s Earth Sciences Division and principal investigator with the Energy Biosciences Institute. ‘This enrichment of psychrophilic petroleum degraders with their rapid oil biodegradation rates appears to be one of the major mechanisms behind the rapid decline of the deepwater dispersed oil plume that has been observed.’

In a third paper, David Valentine’s group at the University of California, Santa Barbara, found a likely solution to the contradiction between the previous observations. Valentine’s group studied the depletion of the carbon isotope 12C, because bacteria prefer this common isotope over the rarer 13C. The researchers concluded that microbes that are able to oxidise the lighter hydrocarbons, specifi cally ethane and propane, and were very active when the environment was first exposed to the oil (Science, 2010, 330, 208).

'Because the Deepwater Horizon rig accident occurred almost a mile deep, the slow migration of petroleum from that depth allowed time for dissolution of volatile hydrocarbons, such as methane, ethane, propane and butane,’ Valentine says. ‘Had it occurred in shallower water, these gases would have certainly escaped into the atmosphere. This gas trapping will go down as one of the distinguishing hallmarks of a deep oil spill.’

Research conducted in the same area just before the Deepwater Horizon catastrophe, due to be published in the journal Deep Sea Research II, found that microbes feeding on natural gas had been present before the incident and with good reason. ‘Because of the ample oil and gas reserves under the Gulf of Mexico, slow seepage is a natural part of the ecosystem,’ says Peter Girguis, associate professor of organismic and evolutionary biology at Harvard University. ‘Entire communities have arisen on the seafloor that depend on these seeps. Our analysis shows that within these communities, some microbes consume methane 10 to 100 times faster than we’ve previously realised.’

However, these consumers of light hydrocarbons will not be able to degrade the other fractions of crude oil. Once they had used up these ‘easy’ substrates, microbial degradation slowed down, as the heavier hydrocarbons can only be tackled by different species of microbes.

While it is encouraging that some parts of the plume are being metabolised, this finding also highlights the fundamental problem of microbial remediation of oil spills. The complex chemical composition of crude oil, which contains around 2000 different compounds, including both aromatic and aliphatic ones, ensures that an equally diverse community of microbes is necessary to breakdown the entire spill.

The degradation of aromatic hydrocarbons, including simple phenylalkanes and complex polycyclic compounds, which are often highly toxic, is the most challenging part of the microbial degradation. The picture of how microbes metabolise these substances is still far from clear. In 2009, researchers in Germany discovered a completely new degradation pathway that oxidises phenylalkanes to coumarin derivatives, which can then be metabolised (Applied Microbial and Cell Physiology, 2009, 84, 965).

As the different microbes specialising in different kinds of hydrocarbons also differ in their environmental preferences and requirements, it is impossible with current knowledge to mix up a microbial clean up concoction that will work for every oil spill. Chinese authorities have reportedly released tonnes of bacterial material in response to the Dalian oil spill in July 2010, but no information regarding composition, effectiveness or side-effects of this treatment has been made available.

The best that can be hoped for at the moment is that oil-degrading microbes adapt to the environment where the spill occurred and will only need gentle encouragement, such as adding fertiliser or oxygenating the water.

This approach already works very well in the clean up of oil-polluted soils. Industrial sites that already have a track record of hydrocarbon pollution typically have a wealth of suitable microbes present. Microbial remediation in those cases simply consists of arranging the contaminated soil on a loose, wellaerated heap and letting the microbes do the rest.

In some cases, microbes have cleared up oil spills surprisingly fast, while in others little microbial activity has been observed. In other cases, researchers have tried helping the microbes by fertilising limited areas, but this approach is still in the experimental phase.

Richard Steiner, who has been involved in the Exxon Valdez clean up for many years, says: ‘Bioremediation is an oil spill response tool that deserves to be tried in specific spill situations and the inshore marshes oiled by Deepwater Horizon may be just such a case. It should be attempted only on a pilot basis, until it can be determined how well it works. And it should be looked at primarily in situations where the indigenous bacterial assemblage is nutrient limited, where the addition of nutrients will speed bacterial growth and oil degradation.’

‘Bioremediation was explored during the Exxon Valdez spill response in Alaska 20 years ago and, although it provided a superficial benefit where oil was degraded more quickly on the upper surface of contaminated beach sediments, it had little positive effect on oil deeper in beaches,’ Steiner recalls.

Several major oil corporations asked about a possible role for bioremediation declined to comment. A BP spokesman confirmed, however, that this is one of the avenues that will be considered in the $500m Gulf of Mexico Research Initiative, which the company launched at the end of September 2010 together with the Gulf of Mexico Alliance, a partnership comprising the states of Alabama, Florida, Louisiana, Mississippi and Texas (C&I, 2010, 11, 14).

Steiner warns that any fiddling with the biological response to oil spills needs to be carefully considered: ‘Critical to the decision to apply fertilisers to enhance bacterial degradation is an understanding of the potential negative effects and whether bioremediation provides a net overall benefit.’

Michael Gross is a science writer based at Oxford, UK. /p>
Share