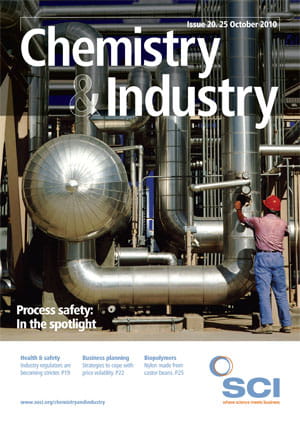 The UK’s National Institute for Health and Clinical Excellence (NICE) is considering recommending the use of drugs to treat patients with mild Alzheimer’s disease – a move that could benefit thousands of patients and significantly expand the market for those drugs.

This is a reversal of NICE’s controversial decision in September 2007 to restrict NHS use of Pfizer’s and Eisai’s Aricept (donepezil), Shire’s Reminyl (galantamine) and Novartis’ Exelon (rivastigmine) to treat patients with moderate disease only, despite a price tag of £2.50/day/patient (C&I 2007, 16, 6).

Since then, clinical trials have further clarified the effects of the drugs, according to Andrew Dillon, chief executive of NICE, which, with the help of an independent research team, developed a new economic model of cost-effectiveness.

Alzheimer’s disease is the most common form of dementia and affects one in 14 people over 65, according to the Alzheimer’s Society. Those over 80 have a one in six chance of developing the disease, which is responsible for around 60% of the 570,000 cases of dementia in England.

Most of the current treatments fall into two main categories, the acetyl cholinesterase inhibitors (AChEIs) and N-methyl D-aspartate receptor antagonists (NMDARAs). Cholinesterase inhibitors, such as Aricept, Reminyl and Exelon, reduce acetylcholine destruction, associated with memory loss, and increase levels of the neurotransmitter in the brain, reducing some of the effects of Alzheimer’s, according to the Royal College of Psychiatrists (RCP). Memantine (ebixa), an NMDARA, is thought to work on glutamate, which can leak out of damaged brain cells in Alzheimer’s patients, interfering with learning and memory. NICE is also recommending the use of Ebixa (memantine) for severe disease and for some patients with moderate disease.

The drugs can improve disease symptoms, such as memory, alertness, communication and mood in the short- to mediumterm, but do not change the course of the disease or prolong life expectancy.

‘This [NICE] decision stands to benefit hundreds of thousands of people,’ said Ruth Sutherland, interim chief executive of the Alzheimer’s Society. ‘The drugs aren’t a miracle cure but they can make important differences to people’s lives. For the price of a cup of coffee, they can mean the difference between recognising your loved ones and playing with your grandchildren. It is critical that this draft decision becomes a reality.’

The decision is also good news for the drug companies involved, which can now target a substantially larger population, says Daniel Chancellor, healthcare analyst at Datamonitor. NICE’s decision will mean around 75,000 patients will be eligible for the drugs in the UK, for which there are no generic competitors. ‘The current market size in the UK is around $66m – a figure that is expected to more than double in the next 10 years,’ says Chancellor. ‘It’s a big bonus for the makers.’

Meanwhile, Rebecca Wood, chief executive of the Alzheimer’s Research Trust, points out: ‘It’s an irony that clinical research of the kind that has helped realise the benefits of drugs like these remains sorely underfunded in the UK. If we are to produce treatments that can alter the course of Alzheimer’s disease itself, rather than just temporary relief from symptoms, then research is our only answer.’