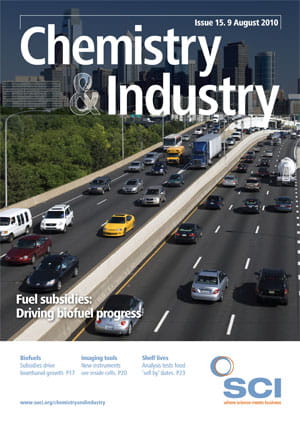 The US Government Accountability Office (GAO) has slated companies that sell direct- to-consumer genetic tests for providing ‘misleading’ information about an individual’s health risks that are ‘of little or no practical use’. In an undercover investigation, GAO’s fictitious consumers ordered tests from four genetic testing firms, costing from $299 to $999, to assess the risks of developing 15 diseases, including breast cancer, Alzheimer’s disease and prostate cancer.

However, the information that they received often varied across the four companies, with one donor being told he was at ‘below average’, ‘average’ and ‘above average’ risk for prostate cancer and hypertension, GAO reported. Another donor, who had a pacemaker implanted to treat an irregular heartbeat, was told by two of the companies that he was at decreased risk of developing such a condition. Fifteen companies were also investigated, including the four tested, regarding their advertising methods and several were accused of malpractices, including deceptive marketing.

Although the experts that the GAO consulted with commented that such tests showed promise for the future, they agreed that consumers should not rely on the results at the present time. ‘The fact that different companies, using the same samples, predict different directions of risk… shows that we are nowhere near really being able to interpret [such tests],’ according to one expert cited by the GAO.

The results of the GAO’s investigation were presented to US Congress in July 2010 and have been referred the US Food and Drug Administration and Federal Trade Commission, prompting concern that they may lead to new requirements for labs to carry out trials of genetic tests before marketing them. One of the four companies tested, 23andMe, along with deCODE, Navigenics and Pathway Genomics, said in a statement that ‘the GAO refused to discuss its flawed report with us. We are confident in our service’s accuracy, reliability and value.’ One of the main criticisms is that the GAO did name the companies in its report, allegedly lumping together more reputable firms with other disreputable ones including those that also sell tailored supplements.