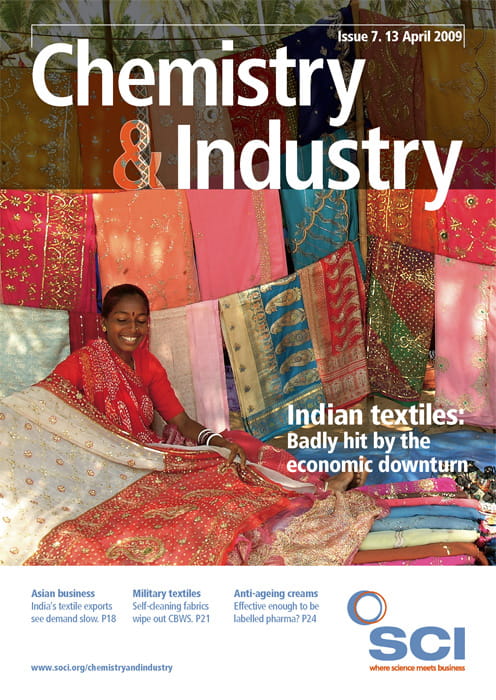 The Indian textile industry is reeling under the pressure of the global financial crunch. Exporters, who were already suffering from the appreciation of the Rupee since January 2007, are now feeling the jolt of international monetary meltdown. High inflation rates and slow industrial growth has left textile exporters in a dire state.

The global financial crisis has created havoc on the world economy. India is also feeling the ripple effects of this international turmoil (C&I 2009, 1, 23). After steep growth for several years, the country’s economy is now witnessing a slump starting in September 2008 (Table 1). A high inflation rate and wavering industrial growth is making life hard for India’s industrial sectors. Last year was a tumultuous year for the textile and garment sector. In the first half of 2008, prices of vital raw materials like crude oil and cotton shot up, while the second half of the year witnessed an economic turmoil the likes of which has never seen before. Most of the major textile and garment producing countries are observing a slowdown in exports leading to a drop in production. Ambitious export targets that looked achievable just a few months ago seem totally unrealistic now.

The Indian textile industry is a significant contributor to the country’s economy. The total market size is estimated at US$57.6bn, and expected to reach $110bn by the end of 2012. According to the latest industry estimates, textile and garment exports should touch $24.6bn in 2008-09, up 20% from the previous year’s $20.5bn, but short by a wide margin against the government’s targeted figure of $31.17bn.

The US economic downturn is hurting Indian garment exporters. Lower demand from the US and the threatened closures of a few customers have created a lot of confusion among exporters as around one-fourth of the country’s total garment exports go to the US.

This situation has aggravated a fear of nonpayment, and abandonment of export orders among Indian garment manufacturers, who have started focusing on various other countries.

The Indian dyes and textile chemicals industry is no more insulated from the global meltdown. Industry sources predict that exports of Indian dyestuff will decline during the second half of the financial year 2008-09 (Oct-March) against the first half (April-Sep ‘08) due to global meltdown and tough competition from China. The Indian dyestuff industry faced less competition during the Olympics because some Chinese companies were shut down temporarily due to the environmental laws introduced by the Chinese government. However, these companies are now back in business, which is believed to affect Indian exports.

In Gujarat around 2500 to 3000 chemical companies are about to close due to the problems in the market. Textile chemicals and auxiliaries manufacturers are in trouble due to the inventory cost of higher priced raw materials, which they purchased some months ago. The price of major dyes, and other key chemicals from China, Korea, Japan, Taiwan, Hong Kong, Malaysia, and other countries have suddenly decreased. Hence, textile auxiliaries’ manufacturers in India are bearing loss of inventory of final products, due to decreased demand for textile auxiliaries. Prices of major key chemicals and intermediates have decreased by 40-50%. The US is the largest consumer of dyes and textile chemicals. However, due to the global financial crisis it has started to purchase processed fabrics, where dyes and chemicals are not required, leading to a sudden slump in demand for these chemicals, which has adversely affected the Indian textile chemicals manufacturers.

The sub prime crisis in the US is leaving in its wake lots of instability in the global markets. Since the US is the largest importer of textiles and apparels worldwide, it is impacting the sector on a greater scale. The markets of the EU are also likely to be affected by the crisis, while recession has struck the US economy quite badly. The available statistics show that apparel imports by the country have plummeted by nearly 4.15% between January and August 2008 to US $47bn from $49bn a year earlier.

Amazingly, the Indian denim industry is moving ahead at full pace, even when the textile sector is troubled with both internal and international problems. Apparently, devaluation of the Indian Rupee and a nearly 40% production cut in China, have helped Indian denim to grow its profit margins by 7-8%, with most facilities working at full capacity.

Recession is a word abhorred by most economists, but it is affecting the lives of billions of people across the globe and also upsetting the calculations and projections of most companies in the textile and apparel sector. The crisis has turned the economies of the developed as well as the developing nations upside down. This is particularly true of the under developed countries that were aspiring to jump to the next level on the back of unprecedented growth rates in the last few years.

Recently, the Indian minister of textiles, Shankarsinh Vaghela disclosed that ‘imports by the US and the EU have reduced and since their economies are moving towards recession, exports are becoming difficult. The US and Europe are the largest importers of Indian textile and apparels, but now we are exploring markets in South American countries like Brazil, Argentina, Japan and UAE in Asia and Russia’.

He elaborated by saying that: ‘Although exports in 2007-08 fell short of targets, it was $2.3bn more than the previous fiscal of 2006-07’ and that the government has set a target of $55bn by 2012, which he believes would be difficult to achieve under the present conditions.

This is a matter of great concern not only for the entrepreneurs but also for the government because the textile sector is one of India’s major foreign currency earners. Traditionally, textiles have been one of the country’s major exports, but textiles have shrunk to 13.22% of all sector exports in 2007-08, down from 14.76% in 2006-07.

However, the real impact of the overall economic slowdown in the US and European economies will be felt if it persists for a long duration. Indian textile exports were growing because of the high demand and spending capacity of US and European consumers; the US and Europe are the major consumer of textiles in terms of volumes, hence the demand for textile goods has decreased drastically.

Looking at the present scenario, 2009 could be worse for the textile Industry than 2008. It is believed that the situation will remain the same for next two to three years, in which case production will shift to low cost areas, such as Vietnam, Honduras, Indonesia and Bangladesh. However, to be sustainable in the present market conditions, Indian companies have to focus on environmentally friendly products, continuous product, process and technological innovation and cost cutting strategies to manage their businesses successfully.

On page 20, some of the key players in the Indian textile industry give their own views on how the sector is being affected by the downturn.