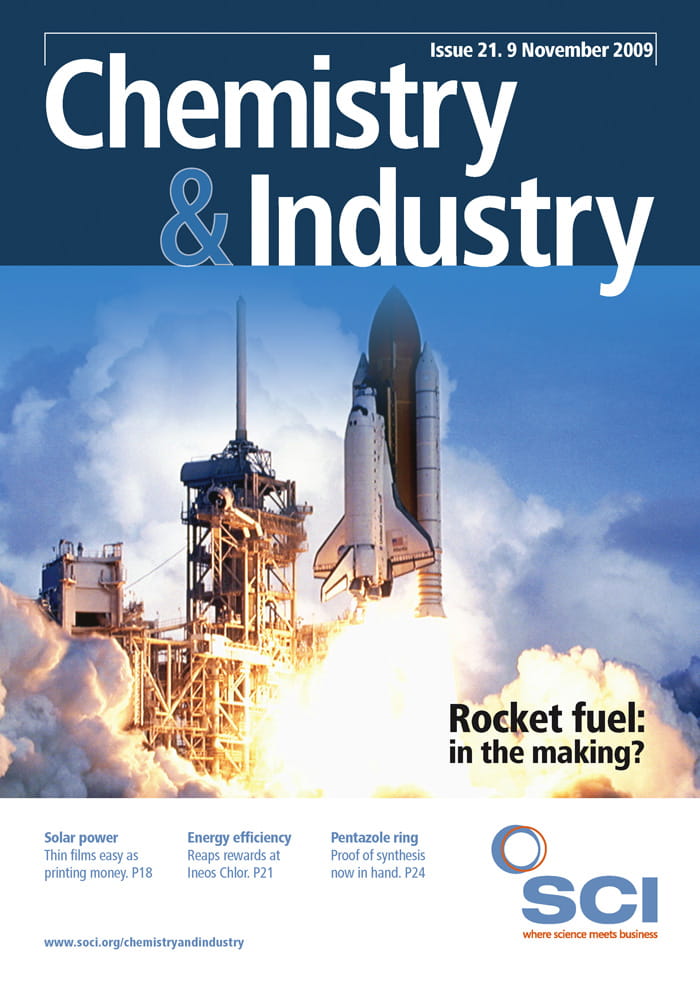 One of the UK’s biggest energy consumers, Ineos Chlor has improved energy efficiency by almost a fi fth over the past decade, writes Hugh Constable

Ineos Chlor is the only producer of chlor-alkali and chlorinated derivatives in the UK, and it owns and operates the UK’s largest chlor-alkali facility at Runcorn in Cheshire. The Runcorn site is one of the largest energy consumers in the country, with an annual electricity consumption in excess of 250MW – roughly equivalent to that of the city of Liverpool. The company’s electricity bill represents approximately 70% of the variable cost of production of chlorine.

Over the past decade, however, Ineos Chlor’s energy consumption per tonne of product has fallen by nearly 18% (Figure 1), yielding huge savings in CO2 emissions. If the company’s 2008 product basket had been produced in 1998, CO2 emissions would have been 1270kt. Actual CO2 emissions from the site in 2008 were 1017kt – a saving of 253kt.

This year, the company has begun construction of what will become the largest Energy from Waste CHP (combined heat and power) plant in the country. Located adjacent to Runcorn site, the plant will eventually burn 750,000t of Solid Recovered Fuel (SRF), derived from municipal waste treatment facilities within Greater Manchester and in the North West. Ultimately, the plant will produce 70MW of electricity and 50MW of steam, which equates to 25% of the Runcorn site’s total energy needs. Nationally, the project will save an estimated 500,000 t/year of carbon-equivalent emissions.*

Runcorn site’s commitment to reducing its energy consumption and improving the sustainability of its operations began more than a decade ago, when the site was originally under the ownership of ICI. With the arrival of Climate Change Agreements (CCAs) in 1999, energy effi ciency gained even greater prominence, and the company’s Energy Efficiency Improvement Programme was launched in spring 1999. An Energy Efficiency Steering Committee was set up, containing representatives from all site operating sections, and including a full-time energy manager.

During the first few years the committee met monthly in order to establish energy efficiency improvement (EEI) as important for senior management. The long-term objective, however, was to engrain EEI as part of the day-to-day management of the site.

The committee assessed the potential for improvement in each operating section over the period to 1999/2010 and compiled a list of potential projects, and this was used to develop targets for each section. These were consolidated into a target that became the company’s CCA target: a 7% improvement in energy efficiency by 2010 relative to 1998. This goal was made even harder, however, by the fact that most of the site’s energy is consumed by the electrolysis process to produce chlorine, which offered little scope for improvement without a complete technology overhaul. Instead, our efforts were therefore directed at the non-electrolytic operations, which would therefore need to see a 15% improvement to achieve our overall target.

The company implemented the ‘no cost/low cost’ projects immediately since these gave a fast payback and could generally be funded from revenue rather than capital budgets. It also introduced positive discrimination in favour of all energy saving projects, meaning that these had lower investment hurdles than other cost reduction opportunities. Late in 1999, Runcorn site agreed the first ever ‘Partnership for Energy Efficiency’ with the Energy Efficiency Best Practice Programme (EEBPP), then run by the Energy Technology Support Unit (ETSU); this has since been replaced by the Carbon Management Programme operated by the Carbon Trust. Under this partnership, the EEBPP provided funding for detailed audits on two of our plants and our largest cooling tower. The EEBPP also funded consultants who provided on-site training for our engineers and operations personnel. Three separate seminars were held, on motors and drives, no cost/low cost measures and refrigeration, with audiences approaching 140.

There are well in excess of 2000 electric motors on Runcorn site. Following the EEBPP motors seminar, a new Motor Systems Management (MSM) programme was implemented. Previously, a faulty motor would simply be sent away for refurbishment, but under the new policy the default action would be to review the duty, and then install a new, correctly sized, high-efficiency motor. This meant that improvements could be funded from revenue rather than capital budgets. This programme has had three benefits:

Early in the life of the EEI Programme, the steering committee recognised the need to identify where energy was actually being consumed and to actively manage that consumption. Some £2.2m was spent on new metering and a data acquisition system to monitor utilities consumption by each of the plants on the site. All consumption data are now fed automatically into a management information system (MIS) where they can be seen by anyone in the company. Most importantly, plant managers have instant access to real-time data relating to their energy usage.

Consumption data are imported into a spreadsheet where monthly site-wide balances of natural gas, steam and electricity consumption are maintained. The spreadsheet also contains production volume data for all products, so it is possible to calculate specific consumption of each utility by each plant. The spreadsheet calculates actual CO2 emissions on a monthly basis and compares this against target. The difference between the two is a site Key Performance Indicator (KPI) that is monitored by senior management.

This metering system, combined with the implementation of the ‘no-cost/low cost’ projects, resulted in a 3.4% reduction in the site’s total specific energy consumption – equivalent to savings in the order of 43,000 t/year of CO2, which continues to be delivered year-on-year.

In common with other chemical majors, ICI’s strategy in the late 1990s was to focus on higher value, low volume chemicals, and to exit from bulk chemicals manufacture. However, Ineos has a different view, believing that money can be made from large volume chemicals – provided you get your production volumes up and your cost base down. In just over 11 years, Ineos has grown to become the largest private company in the UK and the third largest petrochemicals company in the world. Most of this growth has involved acquiring businesses that were not wanted by their former owners.