REACH costs could soar to €9.5bn 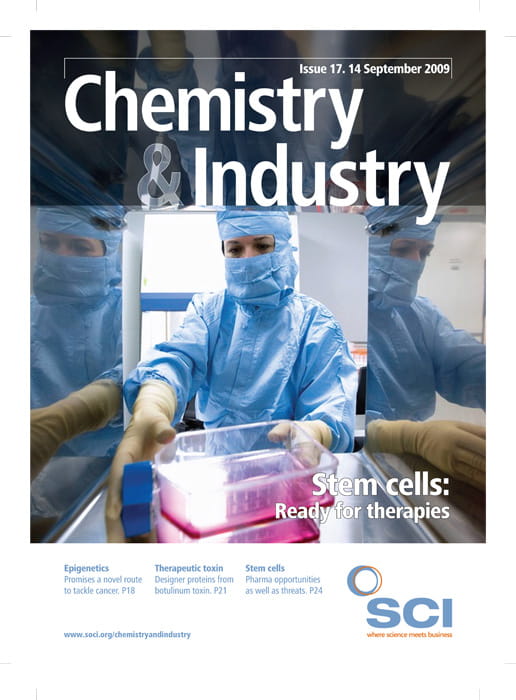 The cost of REACH compliance may be six times previous estimates and use 20 times more animals, according to the latest assessment by toxicologists. The report, by the Trans Atlantic Think Tank for Toxicology at John Hopkins University in Baltimore, US, is the first analysis of REACH costs in five years and takes into account the number of chemicals preregistered at the end of 2008, which ‘vastly exceeded’ original estimates. It will appear in the September issue of the journal Altex, Alternatives to Animal Experimentation (www.altex. ch or http://altweb.jhsph.edu).

Based on their findings, the report authors are calling for a moratorium on the most costly tests – in terms of both money and animal lives – until alternatives are approved. ‘Investment into developing alternative research methods to meet REACH goals is urgently needed,’ says study author Thomas Hartung, professor and chair for evidencebased toxicology and director of the US Center for Alternatives to Animal Testing. ‘A revision of test approaches especially for reproductive toxicology is essential.’

To complete data collection on these substances by 2018 as legislated by REACH would be an ‘unprecedented challenge’, according to Hartung and co-author Costanza Rovida, writing in an accompanying commentary in Nature (460, 1080): ‘Toxicologists do not have the appropriate tools – whether high-throughput methods or acceptable alternatives to animal testing – to meet these expectations.’

The report estimates that generating sufficient data for REACH compliance will require 54m vertebrate animals and cost €9.5bn over the next 10 years. About 70% of the projected costs and 90% of the projected animal use will come from reproductive toxicity testing – to evaluate the effects of the chemicals on reproductive functions.

However, Hartung and Rovida say that number of animals tested by REACH overall could be cut by 15% by replacing the approved two generation testing procedures for reproductive toxicology testing with a less onerous extended one generation approach. They argue that studying the effects of the chemicals in two generations of animals from two separate species gives only ‘marginal gains in safety information’, while producing up to 40-60% of false positive results, which could lead to the expensive withdrawal of widely used chemicals.

Guidelines for this alternative extended one generation study are being developed by the Organisation for Economic Co-operation and Development (OECD), but Hartung and Rovida point out that two EU member states will only agree this approach provided additional animal tests are carried out, which would eliminate any cost or animal savings.

However, while the European Chemicals Agency (ECHA), which oversees REACH, concedes that the number of pre-registered chemicals was ‘certainly larger than expected,’ it expects the final number of substances registered by December 2010 will be about 9000, close to the original European Commission estimate. ‘Therefore, since we expect that the number of substances to be registered will be roughly the originally estimated number, we do not expect that the originally estimated number of tests, including the costs and use of laboratory animals, will differ significantly from the original estimates.’

The Agency, and the UK Chemical Industries Association (CIA), ascribe the large number of pre-registrations to the fact that many firms have pre-registered more substances than necessary as a precaution to protect their businesses. ‘We recognise that REACH is likely to result in an increase in animal testing and the chemical industry is therefore working to actively reduce unnecessary testing whilst ensuring our products continue to be safe,’ says Roger Pullin, CIA occupational health and environment executive.
Share