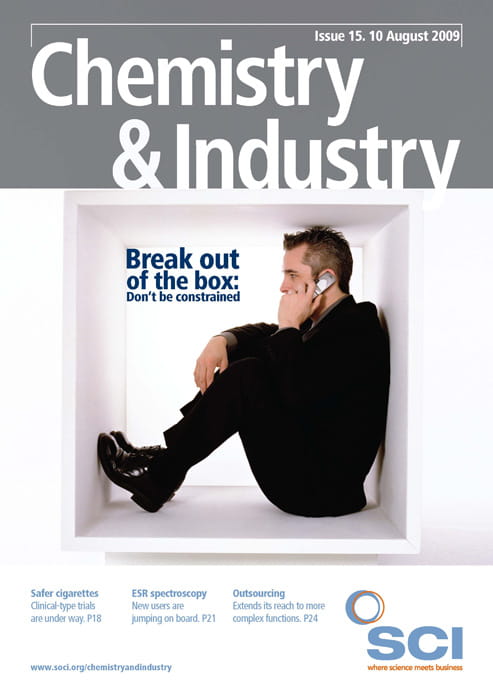 Amid reports of the first cases of drug-resistant swine flu last month, scientists in Japan have reported the discovery of antiviral compounds that prevent flu infection before viruses have the chance for resistance to develop. In tests in the laboratory, the researchers reported using these alkylated pepides to block the infection of dog kidney cells by the flu virus by exploiting this new mechanism (J. Med. Chem. 2009, 52, 4247). The work could pave the way for a new generation of antiviral drugs that sidestep resistance problems.

Current antiviral drugs, such as Tamiflu and Relenza, work by blocking key proteins that viruses need to reproduce. As viruses multiply, however, these proteins can change and the viruses can mutate into drug-resistant strains. Instead, the new antivirals kick into action much earlier, by targeting sugar molecules on the surfaces of cells involved in their recognition by viruses.

‘Though resistant strains will happen by several mechanisms, since our anti-influenza peptide can inhibit the internalisation of virus into host cells, we expect that the birth of variants by duplication of virus gene will be suppressed,’ according to Toshinori Sato, a professor at Keio University, one of the organisations involved in the work, together with Otsuka Pharmaceutical Company and Tokyo Institute of Technology.

The group is currently developing several kinds of antivirals, which are mainly alkylated peptides, Sato says, adding that they have also recently found an anti-influenza peptide without an alkyl group although this latter work has not yet been published.

In initial in vitro tests with the alkylated peptides, the group reported more than 95% inhibition of flu infection in the experimental Madin-Darby canine kidney cells. Further unpublished work in animal models has also shown a ‘high survival rate’ against influenza virus in vivo, Sato says.

He estimates that it will be three to five years before the antivirals are available for use in clinic, depending upon funding.

As C&I went to press, cases of swine flu resistant to Roche’s Tamiflu had been detected around the world, prompting fears that the virus may be developing immunity to the medicine. US health officials are reported as saying that the possibility of antiviral resistance developing is a ‘serious consideration’, though as yet they say antiviral medications have been effective in most cases.
Share