From earth to earth 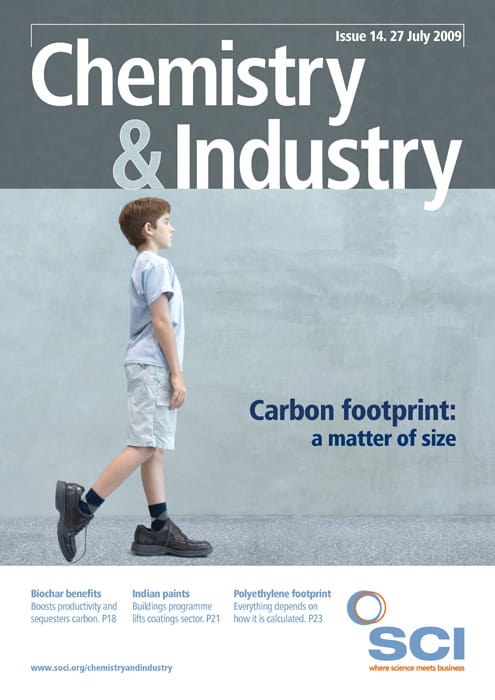 Biochar is charcoal added to the earth as a soil conditioner to improve crop yields. It is a carbonrich material made by heating plant material in the absence or near absence of oxygen; the organic matter is degraded by heat, but not combusted, and aromatic carbons are produced. These carbons are diffi cult for microbes to break down and so the carbon in biochar is not simply recycled back into the atmosphere as it would be in other organic matter. Bury this biochar in soils and billions of tonnes of carbon may be sequestered annually, proponents say, reducing greenhouse gas emissions. It also improves plant growth: a win-win scenario.

Biochar advocates, especially the International Biochar Initiative, want biochar included in any new agreement that replaces the Kyoto Protocol, so that it can earn carbon credits under the Clean Development Mechanism (CDM).

Deciding how much biochar improves plant growth in soil and reduces carbon emissions through the entire system is critical to such calculations; char may improve plant growth and thereby reduce the need for fertiliser, delivering a carbon saving because fertiliser manufacturer is energy hungry. The logic: reduce fertiliser usage, save energy, emit less carbon dioxide. Also, rotting biomass gives off methane, a potent greenhouse gas, so rather than let plant material decay, pyrolysing it and burying it as biochar reduces methane emissions. It may also reduce nitrous oxide emissions, another greenhouse gas. But quantifying all these emission reductions is a work in progress, and research has only really begun. Simon Shackley, lecturer in social policy for biochar at the UK Biochar Research Centre in Edinburgh, believes a formal review by the scientific community is warranted before biochar enters the CDM or EU emissions trading scheme.

‘I think it will end up there because it’s got tremendous potential,’ he says, but a case-by-case analysis will be necessary for every biochar project if carbon credits were to be made available.

The contribution of biochar to increasing crop yield is also open to debate and is influenced by the soil, climate and crops. Studies must also account for ash, notes Saran Sohi, soil scientist at the UK Biochar Research Centre, who says he is sceptical of shortterm gains in biochar addition experiments, since charred organic material includes, not just biochar, but nutrient-rich ash that gives an immediate boost to plant growth.

Biochar advocates frequently promote their case by referring to terra preta – rich dark soils in the Amazon created when indigenous people added wastes and charcoal to soil, between 500 and 7000 years ago. Terra pretta soils are incredibly fertile, though some of the fertility may owe to the mix of material with the charcoal. Nonetheless, the tiny pores in charcoal improve soil’s retention of water and the valuable nutrients therein, explains Sohi. Indeed, the charge density and ability to retain cations like magnesium, potassium, ammonium and calcium is greater in biochars than any other organic matter. So biochar helps soils to retain nutrients and thus increases plants’ supply of valuable nutrients.

Carbon in decaying vegetation is returned to the atmosphere fairly rapidly by microbes, adding to greenhouse gas emissions. But studies indicate that the carbon in biochar, regardless of the source crop, remains in the soil for between 200 and 1000 years. Soil scientist Johannes Lehmann has tested charcoal that was dumped around blast furnaces in the 1870s and found that the black carbon had remained stable in the soil. Indeed, if it was a matter of just stabilising biochar, it would be easy, according to Sohi. But factoring in other costs and benefits is essential. Carbon debt must be accounted for: if you cut down a forest to produce biochar, you loose the benefits of that forest and those benefits must now be subtracted from any emission gains obtained by future land use. This issue arose when scientists calculated how long it would take an energy crop, such as sugar cane, to produce enough energy to pay back emission costs incurred in converting the land. A study in Science last year showed this was over 400 years in some cases (319(5867), 1235).

Accounting for added benefits in terms of crop yield is also fraught with difficulties. ‘Biochar is a very complicated proposition mainly because of the soil,’ says Sohi. He is confident of the benefits in coarsegrained sandy soil, for example, where biochar would allow it to keep more water and therefore more nutrients. But performance will vary depending on soil type and local conditions.

Laboratory studies will not account for the practicalities of getting biochar into soil at an agricultural level and moving it around, so farm-scale experiments are needed. To this end, the UK Biochar Research Centre has begun testing among farmers on arable land in Scotland.

The centre is also involved in a project in Cambodia where rice husks are converted into energy in a rural electrification scheme. Biochar is a by  product. ‘We’re looking at its potential in rice paddies and maybe some other crops. The aim is to get an application under CDM to get carbon credits,’ says Shackley. The idea is to offer a financial benefit because decaying husks have been turned into biochar, a valuable soil conditioner, which can reduce less fertiliser inputs and methane emissions, and so lessen the addition of greenhouse gases to the atmosphere.

Bruno Glaser, who led studies on Amazonian dark earth soils, predicts that the best biochar technologies will use regional material flows, in the same way the pre-Columbian Indians did while creating terra preta. He has advocated transforming sewage into biochar. Lehmann agrees that ‘tapping into waste streams’ is the key to attaining emission reductions and making biochar economically feasible.

‘Good systems are those where the biochar is already on a pile somewhere and constitutes a waste removal issue. Yard waste on a pile, for example ,creates a liability in terms of methane emissions and a huge cost to municipalities,’ explains Lehmann. ‘Whereas if you have to collect the biomass, or grow it on a plantation, then under the scenarios we have looked at, they are not working.’

Lenhman is sceptical that anyone could make money from dedicated biochar plantations. ‘I can’t see that this makes any sense from an emissions point of view or from an economic point of view; I can’t see it happening.’ It’s not feasible in the US because it costs maybe $40–50 dollars to produce a tonne of biomass and transporting biomass or biochar as a commodity is simply not economically feasible, he says. ‘You can’t ship biochar very far and not loose all your emission reductions that you can claim.’ So growing trees, turning them to charcoal and burying it as biochar, it seems, is not on the cards.

Many leading soil scientists have also recently shifted away from the idea of dedicated biochar crops and say that crop residues and urban and municipal wastes are the better way to go.

A few examples of pilot units for producing biochar, such as one in Senegal built by the NGO Pro-Natura, are in operation, and more are planned. Best Energies in Australia has developed a commercial-scale pilot plant, which takes 300kg of biomass/hour and converts it to biochar. The process is run on syngas from the pyrolysis – a mixture of carbon monoxide and hydrogen gases – and about half the carbon in the original material goes to the energy producing cycle. The company developed its technology to deal with low-grade waste like paper sludge, which currently gets dumped in landfill.

Mantria Industries in the US will open a community facility in Tennessee in July to produce biochar. According to Lehmann, a farmer in West Virginia pyrolyses poultry litter to generate sufficient energy to offset his entire fossil fuel requirements for heating barns year round and sells the remaining biochar to farmers. But there is a need for scientists to take the next step, ‘to evaluate and test biochar at scale of implementation,’ says Lehmann.

Lehmann argues that biochar should not be excluded from carbon credits, if it meets the criteria for true carbon emission reductions, through rigorous testing. But environmental groups are wary. Ecologist Reyes Tirado, honorary research fellow (Greenpeace) at the University of Exeter, UK, says biochar’s effectiveness and its long-term sequestration of carbon are in doubt and that it is dangerous to presume that it will work worldwide, in every soil type, climate and crop. She is concerned that farmers may invest in a still uncertain, hyped technology that may fail to deliver and that it could encourage the removal of valuable organic matter from croplands. ‘There are real sustainable alternatives to the uncertainties of biochar that are feasible, economic and applicable right now, she says.

Almuth Ernsting of Biofuelwatch agrees that there is too much uncertainty and says that proponents are looking to scale-up too fast to the level of plantations. There is a lack of research to warrant biochar’s inclusion in the post-2012 climate agreement, she argues.

But biochar proponents are themselves now divided. There are those who say we should forget about biochar plantations and focus on turning wastes into biochar. It is estimated that this could allow 1bn t of carbon to be sequestered annually. Of a more optimistic bent are those proponents who still believe that degraded land can be turned over to biochar crops and that this could sequester 9bn t of carbon annually. Research currently under way should help decide the outcome of this debate.

The biofuel experience, particularly in the US, has refocused regulators attention on life cycle analyses, so that knock-on effects are totted up on both sides of the balance sheet. But it is almost impossible to predict every problem that may arise when a new innovation arrives, so practical applications will have to be run through and tested. Biochar is unlikely to be the miracle solution touted by some and scientific and economic questions remain, but it warrants attention and rigorous, informed debate.
Share