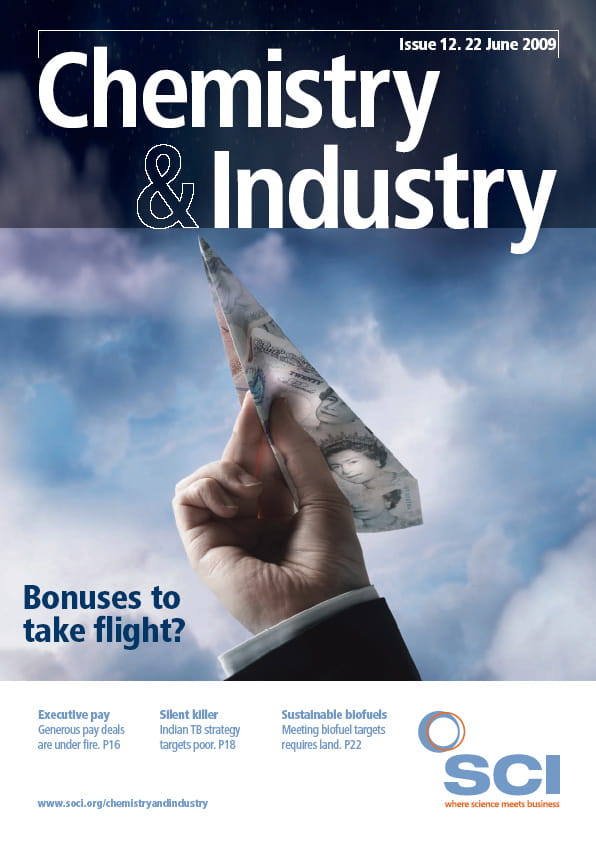 US pharma firm Concert Pharmaceuticals could be in line to receive a potential $1bn in payments after striking a deal with GlaxoSmithKline to co-develop and commercialise deuterium-containing medicines. The deal, which includes three compounds in Concert’s pipeline, could also see the development of a new more patient-friendly deuterated version of atazanavir, the leading protease inhibitor treatment for HIV, according to Concert ceo Roger Tung.

‘I believe this is the first deal announced [with a pharma company] in the deuterated drugs space and we believe that a lot of attention will accrue to the technology as a result of the fact that GSK chose to sign on with us,’ Tung says, adding that the money will help Concert to focus on expanding its own drug pipeline.

Deuterated drugs substitute hydrogen’s heavier isotope deuterium for hydrogen in the compound’s structure (C&I 2009, 5, 24). They are claimed to be more stable, longer acting and potentially safer than traditional drugs.

Under the terms of the agreement, Concert will receive $35m in upfront payments, including a $16.7m equity investment by GSK. It is also eligible to receive milestones as well as royalties on the sales of deuterium-containing products arising from the GSK pipeline – giving a total overall earning potential of $1bn across all programmes.

‘[This deal] is great validation for the deuteration approach,’ commented Mike Grey, ceo of Auspex Pharmaceuticals, another drug company working on deuterated drugs. ‘The deal economics – $1bn total and $35m upfront – for preclinical stage compounds reflect the benefits of the deuteration approach – because you are dealing with deuterated analogues of known drugs, the development risks are lower, and the deal terms are of a magnitude more typically seen with later stage opportunities.’

Rob Fitt, an associate at law firm Bristows, says that this case raises interesting patent issues, particularly if Concert is proceeding without a licence from Novartis. ‘If [the drug] does reach the market, then the arguments over whether the atazanavir patents cover deuterium versions are likely to arise,’ Fitt says. He adds that if deuterated drugs are successful, pharmaceuticals will need to start including specific reference to this application in all future patents. Novartis owns the main patent for atazanavir, which expires in 2019 in Europe.

Concert compound CTP-518 is expected to begin Phase I clinical trials later this year and if successful this could be the first protease inhibitor administered without the need for a separate booster therapy to maintain blood levels. The other two compounds covered by the deal include a preclinical compound for renal disease and another undisclosed research product in Concert’s pipeline.